Frostsnow https://frostsnow.com/
Home Gossip Zoe Hardman not Married Yet but is a mother; Know her relationship with boyfriend Paul Duran Jones

Zoe Hardman not Married Yet but is a mother; Know her relationship with boyfriend Paul Duran Jones Marriage is considered as an important part of a person’s life. We often hear news about engagements, marriages, and weddings. Yet, it is not an entirely essential step that should be taken to save a relationship or to keep it going forever. We have seen couples who never tied the knot but stayed happy forever rather than get married and get a divorce later.

Zoe Hardman and her relationship with her rugby player boyfriend, Paul Doran Jones, is quite similar. They are crazily in love with one another, but they haven’t tied the knot yet. Hardman and Jones already have a child together. Find out all:

Hardman and Jones have been dating since 2015. Hardman’s boyfriend won her heart on a date. DailyMail reported Jones words as he said that his girlfriend shunned him for the first few attempts, but he finally got a date. He further said:

'And the rest is history. We haven't looked back. For me, I knew the minute I first saw her, but she just needed a little nudge.'

The pair has been together since then. Their relationship hasn’t encountered difficult days till date. It seems like their compatibility level is above the 100 mark. Something not ordinary.

Hardman announced that she was pregnant with Jones’ first baby on 25th April 2016. In an interview taken by Hello! Magazine back then, she expressed her feeling saying that she never felt more beautiful. She further said: 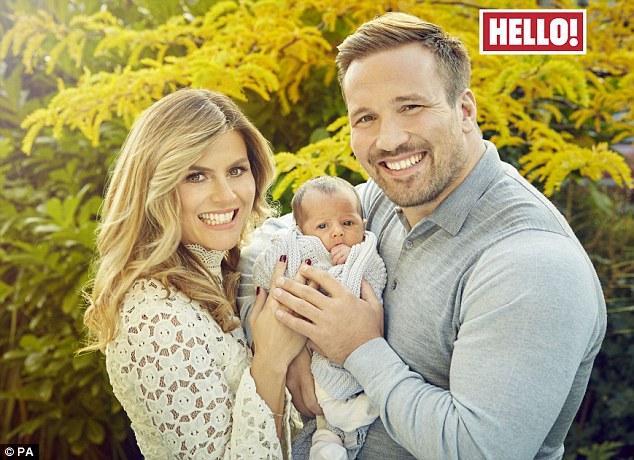 We understand Hardman’s happiness back then because she was told that she might not be able to have kids as she is an anorexia survivor.

Zoe Hardman and her boyfriend welcomed a baby girl

She gave birth to a lovely baby girl on 19th September 2016. Both the mother and the baby was in sound health after the delivery.

Zoe Hardman talks about the moment she found her daughter having a fit:

Jones has a daughter named Isla from his previous relationship. So the birth of another child made Hardman a mom of two although she hasn’t adopted Isla, they live together.

Hardman and Jones show no signs of getting hitched. Since they are happy with their relationship status now, we don’t see a reason why they need a fancy vow. We hope they find more joy in coming days.