Love is a matter of feeling. One is totally free to choose their love partner, be it same sex or different. Zachary Quinto is open about his relationship with his boyfriend Miles McMillan who revealed their feeling for each other in late 2013.

The couple sparked engagement rumors after the Star Trek series star shared a snap of himself with Miles, 28, with a new jewelry on the ring finger. So is the couple engaged?

Let's find out the truth here in Frostsnow.

New Jewelry in the Ring Finger! Quinto and his Boyfriend Miles McMillan Engaged?

The Emmy Award nominee, Zachary shared a cozy picture of him and his boyfriend Miles who is a successful painter/model via his Instagram account. Zachary can be seen resting his head on his hand whereby he highlighted his new jewelry, a ring.

He captioned the picture, "a laurel canyon kind of night."

a laurel canyon kind of night.

Ever after the post became viral many of their fans were curious whether the ring is a wedding ring and if the couple is secretly engaged?

One of the fans of the couple commented "Wedding ring! Congrats"

The couple hasn't revealed anything of their alleged engaged. Hope they soon speak about it. 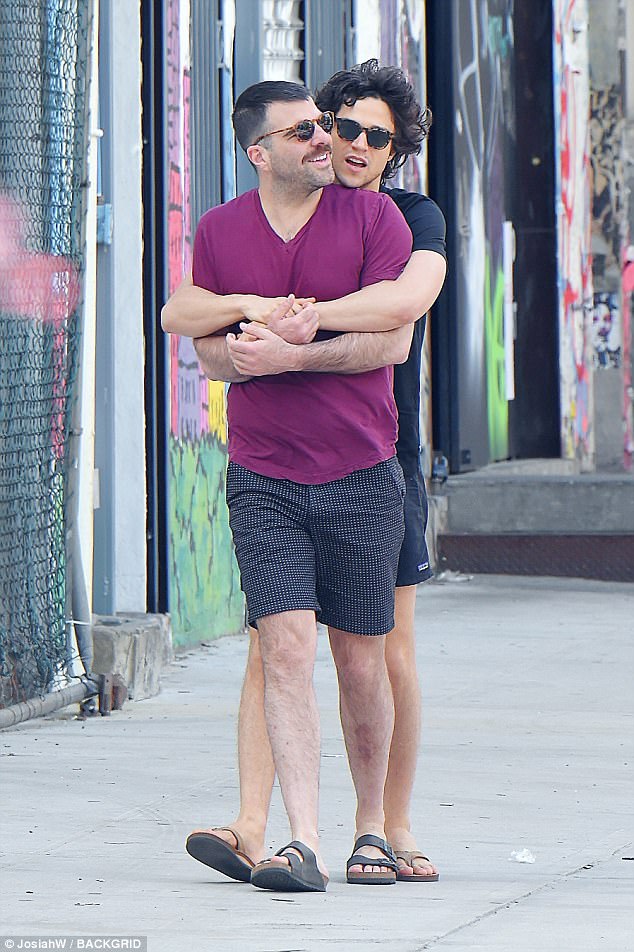 Anyway, despite the fact that the couple hasn't spoken about their engagement rumors, it's not the first time the couple has shared their lovely snaps on the social sites.

The couple isn't shy to share their relationship with their fans. Zachary, 40, who officially revealed his sexual orientation in 2011 after the tragic demise of Jamey Rodemeyer an American gay teenager wrote in his blog,

In light of Jamey's death – it became clear to me in an instant that living a gay life without publicly acknowledging it – is simply not enough to make any significant contribution to the immense work that lies ahead on the road to complete equality.

After this, Zachary conveyed a sweet message to the Daily Front Row's "Model of the Year" Miles on the occasion of his birthday.

I can’t stop thinking about how much you’ve evolved and expanded these past four years. How easily you’ve stepped into yourself with powerful intuition and confidence. Watching you grow is one of my greatest pleasures and learning from you is one of the greatest gifts,” he wrote, adding “I love you so much.

i can't stop thinking about how much you've evolved and expanded these past four years. how easily you've stepped into yourself with powerful intuition and confidence. watching you grow is one of my greatest pleasures and learning from you is one of the greatest gifts. your beauty is unparalleled - inside and out. your inherent goodness is a constant inspiration. and your wisdom is beautifully humbling. saturn returns to carry you into your full potential with power and limitless possibility. i cannot wait to watch you embrace it all. i love you so much. happy birthday my love @milesmcmillan

We hope the couple who started dating in 2013 talk about the engagement rumor soon.