YouTube Comedian Bo Burnham's Amazing Net Worth; Know about his Career and Awards Bo Burnham began uploading funny videos on YouTube in 2006 when he was only 16 years old. His uploads became super popular, and now, Burnham is considered as the first YouTube star and the most skillful comedians at present.

At present Burnham has an estimated net worth of $4 million which is regarded as a huge sum for someone whose career began from YouTube. Could have been a lie, but it isn't. So how did Burnham earn such an enormous amount of money? Let's find out more about his career and awards:

21st August 1990 born Burnham became famous from YouTube after his videos crossed 70 million views by 2010. A large credit of his wealth goes to his videos on YouTube that is mostly satirical and politically controversial songs. He uploaded his first work on YouTube in 2006 which became very popular after Break.com copied it. When Burnham's audiences started growing, he released other pubescent musical comedy songs and videos. He has written and aired various other songs related white supremacy, Helen Keller's disabilities, homosexuality, and so on.

In January 2008, he got the opportunity to record for 'Comedy Centrals The World Stand Up' in London. After that, he was signed by the Comedy Central Records for four years. On 17th June 2008, Burnham's six-song 'Bo Fo Sho' was released by the records. His first full album named 'Bo Burnham' came out on 10th March 2009.

Till date, Burnham has performed in various places such as 'Cobb's Comedy Club,' 'YouTube Live' in San Francisco, and 'Caroline's Comedy Club' in New York City as a stand-up comedian.

Burnham was nominated for "Best Comedy Show" at the 2010 Edinburgh Comedy Awards. He not just won it but also received the "Panel Prize" which is worth every hard work he has done. 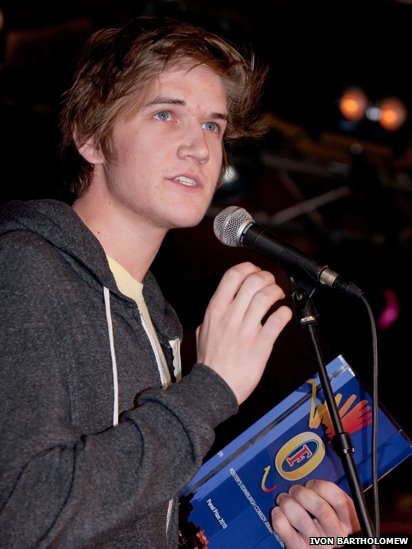 Bo Burnham with his 2010 panel prize

He has also won the Malcolm Hardee "Act Most Likely to Make a Million Quid" Award.

Bo Burnham in love with his pet

We are pretty sure that someone with the net worth of $4 million drives a pretty expensive car and lives in a gorgeous house, but Burnham has made it sure that the paparazzi don't get the details about it. Burnham is very close to his pet dog whom he loves very dearly. His Instagram is filled with his little pooch's photos.

Not everyone who starts a YouTube channel becomes a celebrity, but luck stays with those who work very hard with full dedication. We hope Bo Burnham's story inspires a lot of people who want to become a full-time YouTuber. If you have a similar interest and passion for achieving it, you might be the next Bo Burnham.

For updates keep in touch with Frostsnow. Pam Oliver and husband Alvin Whitney married and net worth