Frostsnow https://frostsnow.com/
Home Gossip X Factor's Nicole Scherzinger is in Relationship with Grigor Dimitrov, are they planning a Marriage?

X Factor's Nicole Scherzinger is in Relationship with Grigor Dimitrov, are they planning a Marriage? It looks like Nicole Scherzinger, 39, who rose to fame as the judge of the famous British reality show X Factor is really busy these days. There are rumors that Nicole plans to get hitched with her boyfriend pretty soon.

Nicole and her boyfriend, Bulgarian professional tennis player Grigor Dimitrov, 26, started dating in late 2015. And despite their age difference, Nicole is 13 years older than Grigor, they are said to be totally in love with each other. The TV star hinted about the couple's possible marriage to The Sun in September 2017.

Find more about the couple's possible marriage and their romantic relationship here in Frostsnow.

Check this out: Roger Federer and Wife Mirka Federer Living Happily with their Children without any divorce rumors.

Nicole and her beau Grigor, who have been together for two years now, are really serious about their relationship. Their fans just went crazy after the X-Factor judge hinted about the marriage. 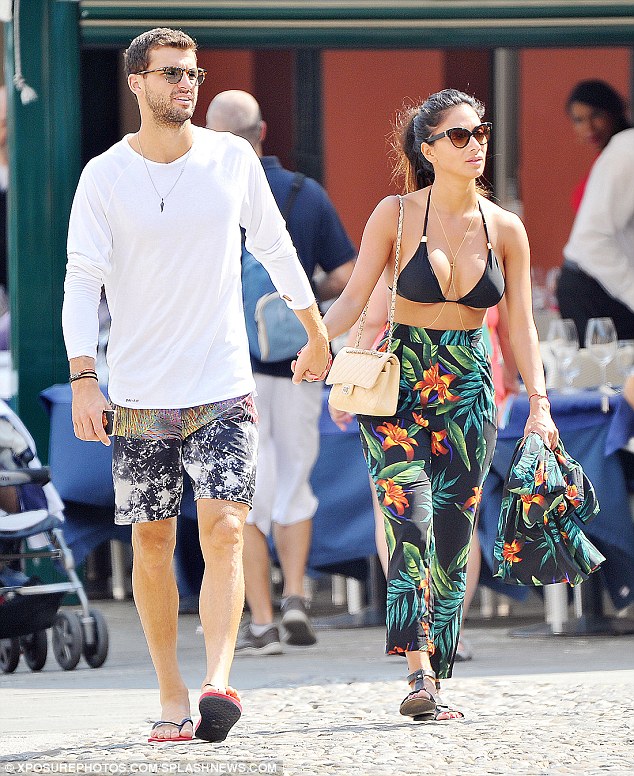 Nicole Scherzinger and her boyfriend Grigor Dimitrov is really serious about their relationship! Nicole hits towards her marriage with Nicole

The Honolulu, Hawaii-born actress/TV star revealed that she wants to take the relationship with Grigor to the next level. She stated to The Sun that,

I'd like to get married one day. I'm looking for a wedding, my wedding. I think the heavens will sing when I get married.

The winner of the 2010 Dancing with the Stars also mentioned the pleasure of falling for the one you love.

When people come in and bring a little gift or they're sweet, it's nice.

A month after her revelation to The Sun, Metro revealed that the Pussycat Dolls singer plans to start a family and have kids when she will be of 44.

Well, this isn't the first time Nicole has spoken about her desire to start a family. In an interview with the Mirror last year, Nicole expressed her sadness that she wasn't married yet and doesn't even have a child.

Looks like her desire to start a family is going to get fulfilled pretty soon. But the couple is yet to reveal when they will tie the knot.

Anyway, it will be great to catch the couple when the two walk down the aisle, isn't it? All her fans are looking forward to the day. How much is Manish Malhotra net worth? Know about his career and awards