The 34 years old, Lauren Morelli is an American writer and Samira Wiley,29, an American actress and model. Lauren and Samira both are openly lesbian and recently got married. However, Lauren was married before but got divorced.

Lauren and her newly married lesbian partner, Samira are best known for their work on the Netflix original series Orange Is the New Black. The adorable beauties celebrated their grand wedding wearing beautiful and expensive gowns designed by Christian Siriano. So do you want to know more about Lauren and Samira's marriage? And what about Lauren's ex-marriage?

Well, stick with us, to know al about Lauren's past and present marriage and married life.

Lauren got married to her lesbian girlfriend Samira Wiley

Lauren and Samira first met on the set of wildly popular Netflix series Orange Is the New Black in 2014. Lauren was just divorced from her first husband when she started to work for Netflix.

While writing for OITNB, Lauren realized that she was not supposed to be with her husband Steve Basilone. She came to know the fact that she is lesbian. And then she filed a divorce against her husband after two years of marriage. 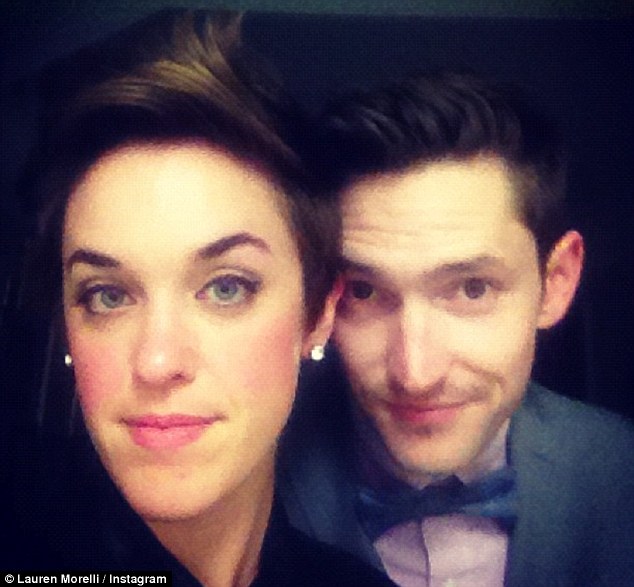 Lauren and Samira dated each other for almost three years and on 25th March 2017, the couple got married. The couple started sharing their wedding photos on Instagram.

Lauren got engaged to Samira in October 2016 in an Outdoor Ceremony at Palm Spring, Califonia and got married in the same place.

I have so much to celebrate. I also have so much more work to do. Let's keep making space for visibility, nuanced narratives, and all love.

The lesbian couple was seen wearing an expensive and beautiful gown designed by fashion designer, Christina Siriano. Samira wore a floor-length, off-the-shoulder ivory gown and Lauren in a caped long white jumpsuit. The wedding also included a confetti theme so as to honor the couple's love for Funfetti cake.

Lauren and Samira had a grand wedding inviting all of their family and friends and also their celebrity friends. But wait- there's more, the wedding was followed by a grand reception.

Among all the guest present, successful pop star Justin Bieber also was one of the guests present at the ceremony. Bieber sang his popular song Baby as the brides made their grand entrance into the hall.

Instagram: Lauren with her newly married lesbian wife Samira, on their holiday

How much Net worth does Justin Bieber have? Find out about his cars, houses, career and income.

Justin Bieber stated he is unknown about Shawn Mendes. The success of Shawn on Twitter.