Who is Teala Dunn's Dating Currently after her unsuccessful Relationships? Know in Details But how sure you are, the person you are dating currently is going to be with you forever? There's no guarantee in love and ignore is bliss, it doesn't work out in love, does it?

The TBS sitcom Are We There Yet? star, Teala Dunn has been in the same kind of situation as what the 20-year old American actress/YouTube star thought out to be best for her after dating few of the handsome hunks turned out to be a false hope?

She had many relationships, but couldn't succeed in taking them to a long journey. Is she currently dating after those many break ups? Or she chose to be single for a while?

Let's find out the answers on the relationship status of Teala in details here in Frostsnow.

The YouTube Star Teala Dunn, Who Is She Dating Currently? Her Current Relationship Status?

The femme fatale, Teala who has quite a dating history is reportedly currently single. The American actress hasn't been linked to any other hunks recently. So, has the actress decided not to have any other relationship right way? Is she willing to take a break from relationships as for now? 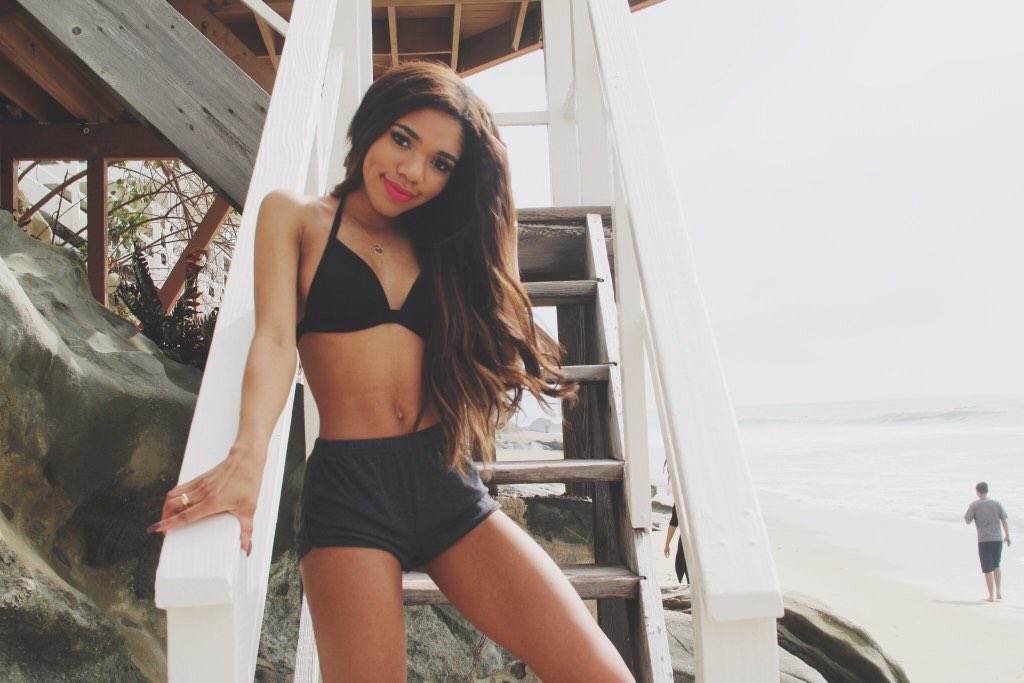 Teala hasn't posted any thing on her Instagram and Twitter account related to her love life after she broke up with her ex-boyfriend Alex Valley in 2016. But on August 7, 2017, she twitted, "fall in love yourself - you have so much light to give to this world" reflecting the issue of love!

fall in love yourself - you have so much light to give to this world ?? ??

Looks like Teala wants a break from relationships at the moment. The tweet gives us a feeling that she has found a different way to fathom happiness in life besides falling in love and getting a boyfriend.

Teala who wants a break from her relationships didn't feel this way earlier as she has a long list of boyfriends. Let's know them.

Teala Dunn's Past Relationship and Affairs

The elegant actress is one of the desirable girls and her dating history is the shot on the point here. So, who were the lucky guys to date Teala? Let's find out.

Teala was in a relationship with Alex Valley a 21-year old athlete entrepreneur in 2016. But after almost five months of dating, the couple went separate ways. 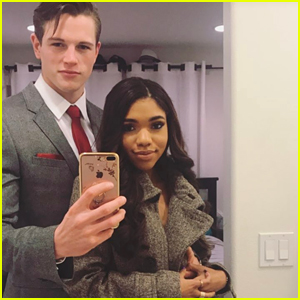 The couple's chemistry was a real deal and Teala's fans too appreciated her partner and showed their love for the couple. With one of her fan, Angelica‏ wrote,

While another fan, Melinda‏ wrote, "Y'ALL ARE SO CUTE."

The reason behind the couple's break up hasn't been revealed by either of them till date. But after checking out Alex's Instagram account we found out that he currently is enjoying a romantic relationship with an American model Tryphena Wardlawthere.

So can it be said that Alex dumped his ex-girlfriend Teala for Tryphena? What do you guys think about this? A sad ending to a beautiful beginning, let's say an unexpected ending!

Was it just Alex whom the actress has dated? Well, not. Prior to Alex, Teala was in a relationship with Noah Teicher in 2015 but the couple broke up after she found out that Noah is cheating her with YouTube star Sara Henrietta and the dating history of Teala ends with William Brent whom she dated in 2014.

After having in-and-out relationship status in the past the YouTube star is currently single and enjoying her singlehood the best way she can. She doesn't seem to be in a hurry to be in a relationship.

To be updated on your favorite celeb keep on visiting Frostsnow.