Frostsnow https://frostsnow.com/
Home Gossip Who is Sarah Wayne Callies' Husband Josh Winterhalt? Do They Have Children?

Who is Sarah Wayne Callies' Husband Josh Winterhalt? Do They Have Children? Although it could be a bit demeaning to say this, Winterhalt is better known for being Sarah Wayne’s husband rather than for his work. Get to know how and where their friendship bloomed to married and many of their personal information.

When did Sarah Wayne meet her Husband' Josh Winterhalt?

Sarah Wayne Callies was interested in acting ever since her childhood as she used to be part of plays in her school. She was involved in various theatre plays after graduating from high school.

SEE: Who is Sarah Wayne Callies' husband Josh Winterhalt? Do they have children? While she was continuing her master’s degree, she was in a relationship with her current husband, Josh Winterhalt. The couple dated for several years and finally decided to get married on June 21, 2002, the year when Sarah completed her master's degree in Fine Arts from Denver's National Theater. Conservatory.

Sarah tweeted about her return to Prison Break. 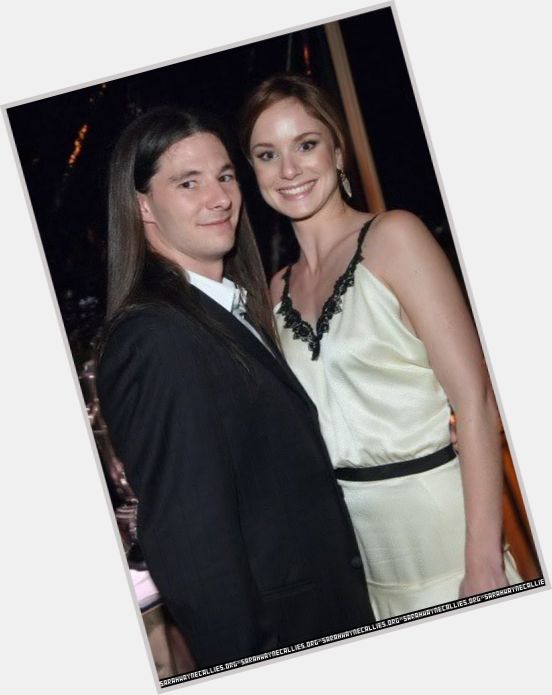 CAPTION: Sarah with her husband

The couple is living a happy life together, without rumors of a split and divorce.

After Sarah Wayne married husband Josh Winterhalt on June 21, 2002, the couple was busy in their own profession. But after a long period of time, it became a headline, when the news came out that Sarah is pregnant. The couple had their first child, a baby girl, in the year 2007. They named her Keala Winterhalt.

SEE: Sarah Wayne's Husband Josh Winterhalt's Earning From His Profession and Net Worth He Has Achieved The gorgeous and talented star Sarah Wayne seems to be comfortable being a wife of martial art teacher since there is no rumor about the divorce between them. The couple had their second baby in 2014.

Their second child Oakes Wayne was reportedly adopted by them. The couple feels blessed for their children and seems to be happy with each other.

Sarah Wayne Callies is an American actress, renowned for her role as Sara Tancredi in the well-known American television series Prison Break.

Sarah was born on 1st of June, 1977 in Illinois and has been serving the film industry since 2003. Sarah was born to Valerie Wayne and David E. Callies, who used to work as English and law professors respectively at the University of Hawaii, Manoa.

SEE: How rich is Wentworth Miller? Know about his career and awards

She has appeared in many television shows and movies. She made her television debut with Law & Order: Special Victims Unit in 2003, and appeared on the big screen for the first time in 2006 in the movie The Celestine Prophecy.

In 2017, she was seen in a film named This Is Your Death, where she portrayed Karina. Her most prominent role is considered to be in Prison Break.

Who is Sarah Wayne Callies' husband?

When did Sarah Wayne Callies and Josh Winterhalt get married?

Do Sarah Wayne Callies and Josh Winterhalt have any kids?