Who Is Russell Hantz? His Married Life With Ex-wife Melanie Hantz: Also Know Their Children, Divorce

Meanwhile, Hantz whose estimated net worth is $2 Million was also nominated for a 2010 Teen Choice Awards. He has also been featured on the cover of TV Guide Magazine in 2011 followed by a guest appearance on The Late Show with David Letterman.

Source: Rob has a podcast

We are going to talk about Russell Hantz, failed marriage with ex-wife Melanie Hantz and his children

However, we can confirm that he was previously married to co-survivor Melanie Hantz.  Together, the pair has three lovely kids two of whom are twin daughters. The details about when the couple got married, had their children or even gotten divorced are unknown. 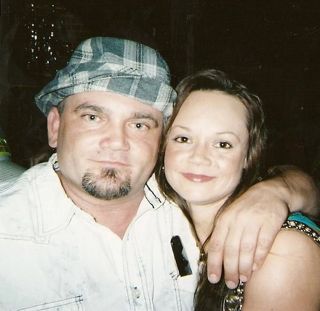 But we know that Russell currently owns the custody of his children and is working hard as a single father of 3 children which can be seen in his Twitter post.

I am a single father raising 3 children. I would have a serious discussion with my kids and would go from there. https://t.co/ougvqyw28r

Moreover, once he also posted on Twitter how he does not want to buy his children wireless headphones just because that they can lose it. The man sure is funny and hopefully taking good care of his children.

Is Russell Hantz dating someone? Has he lost faith in love?

As mentioned above, there is not much limelight when it comes to his personal life. So, there are no reports or rumors of the single father of 3 dating a new woman or even getting married to anyone.

In fact, Hantz can be seen posting some not so supportive things about 'romantic' love on the Twitter.

Not saying you cant trust them all but the signs are usually there with an untrustworthy https://t.co/CyyVmHNdZT for the signs and Move on. lI'm sure women have the same problem too tho. https://t.co/7gUfMTbzYr

Could it be that the handsome survivor has lost his faith in love and woman after his split with ex-wife Melaine? His tweets somewhat give us an insight of his feelings, but we can never confirm that he will never fall in love again. Rozonda Thomas Relationship With Her Child, Who Is The Father of Her Child? Is she Married?