Frostsnow https://frostsnow.com/
Home Gossip Who is Rich Dollaz Dating After Split With Girlfriend Erica Mena? His Past Affairs and Relationship

Who is Rich Dollaz Dating After Split With Girlfriend Erica Mena? His Past Affairs and Relationship Rich Dollaz is an American entrepreneur. He is also the founder and creator of the management company Dollaz Unlimited. The 43-year-old CEO is undoubtedly leading a successful career, but his love life seems to be in contradiction to his professional career. Dollaz, who has been through a lot of unsuccessful relationships in the past, has recently been rumored to have patched up with his ex-girlfriend Erica Mena. Meanwhile, there are still some sources that claim him being single.

Besides, Erica is also reported to be in a relationship with Cliff Dixon. So what is the truth? Is Rich Dollaz really dating Erica?  Let's know the details of Dollaz's relationship with Erica, his past affairs and dating issues in this section.

Rich Dollaz's rumors regarding his patch up with Erica began shortly after he posted a photo of himself and Erica on his Instagram. As reported, Rich intentionally posted the picture as he desperately wanted Erica back in his life. But unfortunately, his attempts became a failure. The rumors were eventually proven to be a hoax as no evidence substantiates their relationship.

In fact, Erica is already settled with her new boyfriend, and they are living together with their children. Thus, we can conclude that Rich is currently single and not dating anyone.

Although Rich could not get back his love, he is enjoying his moments with his mother, son, and daughter. Have a look.

To cool for school !!

Talking more about Dollaz, he was in a short-term relationship with Moniece Slaughter after his split with Erica.

But though he could not get back his love, we hope he soon introduces a compatible love in his life. Let's wait for that day and take a look at his past affairs.

Rich Dollaz's Past Affairs and Relationships

Rich Dollaz, who began his career working as an intern at Bad Boy Records, helped many artists like Yung Joc and Cheri Dennis to build up their career, but he always failed to establish his own relationship. Dollaz's love affair with Erica Mena was first reported in 2012.

But after Dollaz credited Olivia as the singer of the songs sung by Erica, their relationship came to an end. 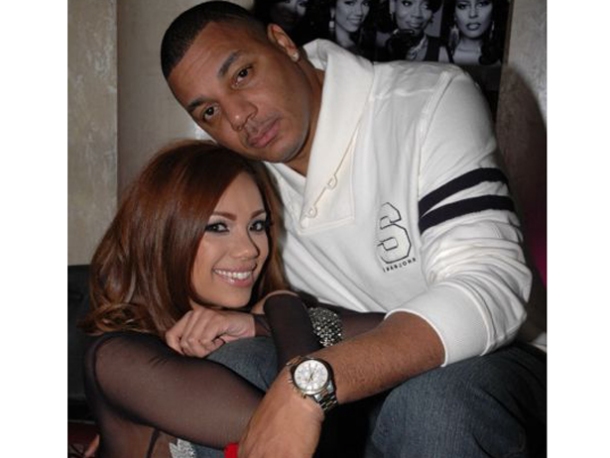 Later, Rich dated Moniece Slaughter in 2014, but love was not Dollaz's forte as he broke up with Slaughter after three years of dating. However, the couple has not opened up about the reason for their split.

Soon, Dollaz got his new love and began dating a TV personality, Jade Watson.  However, the couple's love cooled down and dissolved without any details coming out.

Besides, Dollaz was also rumored dating Jhonni Blaze and Thea Trinidad, but no strong proof is out yet.

Let's wish him best and stay tuned for updates!