Frostsnow https://frostsnow.com/
Home Gossip Who is Rafael Nadal secret girlfriend? Find out his affairs and relationship

Who is Rafael Nadal secret girlfriend? Find out his affairs and relationship What do sports mean to you? It might be only entertainment for you but, it's oxygen and blood for a sportsperson. Rafael Nadal is one of those players who has devoted his life and career in sports. He is one of the most celebrated tennis players in the world.

The Spain international, Rafael Nadal has earned a huge number of fans and supporters and on the other hand, he has also earned a very good amount of money. What he has earned yet basically revolves around his excellent performances in the game.

Want to know about the love affairs of Tennis genius Rafael Nadal? Stay with us.

Nadal's uncle and trainer, Toni Nadal stated about Rafael's girlfriend in 2008 as his nephew always maintained he was single.

It was a well-kept secret but actually, his girlfriend was waiting for him in Majorca.

Xisca Perello has become an important part of Nadal's life since she started dating him in 2005. Rafael Nadal stated to the Huffingpost that there are three most important persons in his life who has continuously supported him and they are his mother, sister, and his girlfriend Xisca.

Rafael Nadal has maintained his love relation very nicely as he sometimes manages his busy schedule to date his girlfriend Xisca. 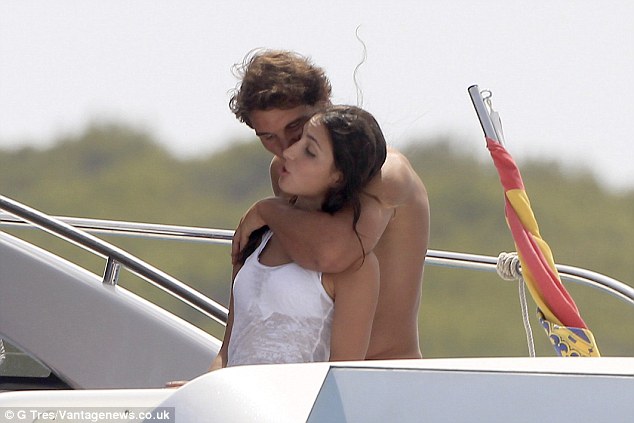 In 2015, he was spotted on a romantic date with Xisca in his hometown Mallorca, Spain. They were spotted together boarding a yacht as they made most of their rare time off in the midst of Nadal's sporting commitments. Particularly Xisca was spotted in a white bikini.

Rafael Nadal, the world-class tennis player is currently busy in Australian Open. The first round of the competition is over where Nadal defeated F. Mayer recovering from his first round loss in the last year competition to advance to the second round.

It will be really interesting to see who will win the competition where Andy Murray, Novak Djokovic, and other tennis stars are also part of the competition.

What do you guys think of Rafael and his girlfriend Xisca? Want to wish them all the best for their future? Please, leave your opinions in the comment box below.