Frostsnow https://frostsnow.com/
Home Gossip Who is Professional wrestler sheamus married to? Know about his married life and children

Who is Professional wrestler sheamus married to? Know about his married life and children

Stephen Farrelly is an Irish professional wrestler and actor popularly known as Sheamus. Sheamus has also worked as an actor in some films such as The Escapist, Assault of Darkness, and Teenage Mutant Ninja Turtles: Out of the Shadows. Before he got famous as Sheamus he had another ring name Sheamus O'Shaunessy. He is currently signed to WWE, an American professional wrestling promotion where he appears on the RAW brand as a tag team member with Antonio Cesaro.

Before he joined WWE, he fought on the European circuit and was a two-time International Heavyweight Champion during his tenure in Irish Whip Wrestling (IWW). Sheamus is not involved with any girls currently, however, he was in relation previously. We are going to talk about his previous relations, so, if you want to know about it, stay with us.

The former World Heavyweight Champion was previously in a relationship with Jessica Giles. He started dating her in early 2012 and the couple dated for 9 months before they ended their relationship. In usual the wrestler has affair with girls from the same profession but Sheamus seemed pretty unique in this matter as he dated the girl from another profession. 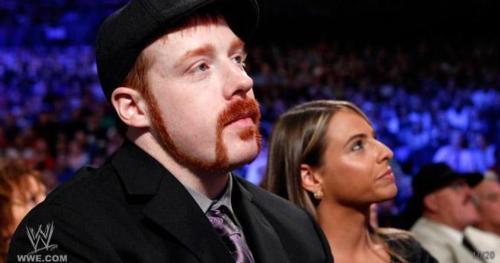 Sheamus might be involved in an affair with many girls as he is often seen with different girls every now and then in the web but it is not confirmed as he loves to keep his personal information secret.

Sheamus before started his career in wrestling, he took a training at Larry Sharpe's Monster Factory wrestling school in April 2002. On 13 November 2006, Sheamus appeared on the WWE show Raw with English wrestler Stu Sanders at the Manchester Evening News Arena as part of the security team.

Sheamus made his unannounced debut as a villain under his ring name Sheamus for the first time on June 30, 2009.

?Representing @bostonscally tee at #WWEBoston last night... my public, they love me. ?

Sheamus has won the WWE World Heavyweight Champion title for four times, United States Championship for two times in his professional WWE career. He was the 2010 King of the Ring and was the winner of the 2012 Royal Rumble Match.

After that, he beat Daniel Bryan in magical 18 seconds at WrestleMania to win the World Heavyweight title. His latest success in the ring was the Money in the Bank contract which he won in 2015.

Apart from his success in wrestling, he has also earned a respective place in the acting line. The Escapist was his debut film where he played a role of Two Ton. His latest film was Scooby-Doo! and WWE: Curse of the Speed Demon released in 2016 where he played himself.

Among the films he has worked, Teenage Mutant Ninja Turtles: Out of the Shadows was the film which provided him the biggest popularity. He played a role of Rocksteady in the film.