Frostsnow https://frostsnow.com/
Home Gossip Who Is Pete Wentz Dating After Divorce Wife Ashlee Simpson? Their Past Affairs and Relationships

Who Is Pete Wentz Dating After Divorce Wife Ashlee Simpson? Their Past Affairs and Relationships

Peter Lewis Kingston Wentz II, professionally known as Pete Wentz, is an American born musician. He is best known as the member of the rock band Fall Out Boy. In the band, he serves as a lyricist, bassist, and backing vocalist. He is also an actor and has made a few appearances in TV shows like One Tree Hill alongside actors like Sophia Bush, Chad Michael Murray, and many others.

The 38-year-old was previously married to American singer Ashley Nicolle Ross a.k.a. Ashlee Simpson. The pair started dating back in August of 2006 and 2 years later, the couple got engaged to each other. They were certainly in a hurry as a month later on 17th May 2008, they tied the knot and officially became husband and wife.

They also have a son named Bronx Mowgli, who was born on 20th November 2008, just 6 months after their marriage. Their son is currently 3-years-old. Moreover, after 3 years of getting married, they decided to call it quits and got a divorce in November of 2011. Here we are going to share with you some interesting information about the individual's current relationships and past affairs.

Who are Pete Wentz and Ashlee Simpson currently dating? Are they married?

They started dating back in May 2011 shortly before Wentz's divorce was finalized. They are currently in a long-term relationship and have been dating for the past 6 years. Moreover, they also have a son together. His named is Siant Lazslo and is currently 3-years-old. He was born back on 20th August 2014. As of 2018, the pair announced their pregnancy with the second child. 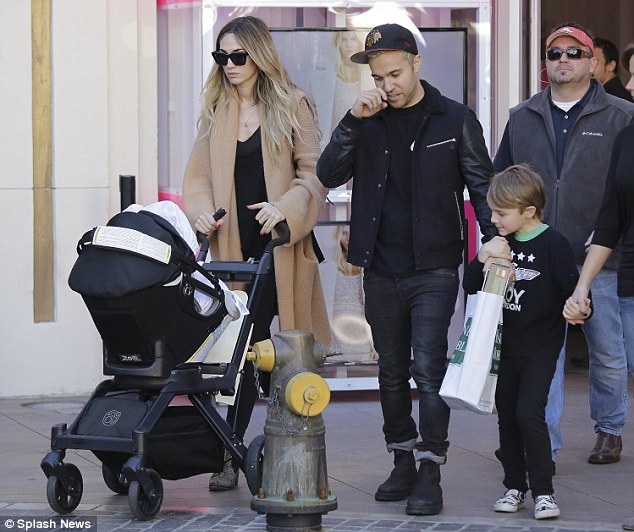 Now, moving on to singer Ashlee Simpson, she has dated quite a few men after her split with husband Wentz. Right after her divorce, she was rumored to be dating American singer Craig Owens. According to rumors, they dated for two months, but neither of them has spoken on the topic.

Moreover, in June of 2011, she started dating American actor Vincent Piazza. They dated for more than a year until they decided to call it quits in November of 2012.

At the moment, she is happily married to her husband, American actor Evan Ross. They started dating on 30th June 2013 and took things to the next level just 6 months later on 13th Jan 2014. They got married on 31st August 2014 and are happily married. Together, they have a daughter named Jagger Snow who is currently 2-years-old. She was born on 31st July 2015.

Talking about Ashlee, she has dated a handful of men before getting married to Pete. Her first open relationship was with actor Josh Henderson. They dated for a year from 2002 to 2003. Moreover, her other relationship before Pete has been very short-lived as she broke up with the men within a year or so.

Some of the men whom she has dated are Carson Daly, Gregory Smith, Tyler Hoechlin, Nick Carter, Braxton Olita, Wilmer Valderrama and many others.