Who is Nikki Grahame's dating Currently?Is she Currently Single or Married?Know about her Affairs The British model/TV personality and fashion designer, Nikki Grahame is one popular name in the Big Brother episode. The 35-year old femme fatale rose to fame with the Big Brother 7 show in 2006 and since then she hasn't missed a single episode up to 2016. So it's no new for Nikki to be on news regarding her career but talking about her personal life, it's no second on creating headlines and rumors.

Do you remember, Peter Alexander Bennett?? Professionally known as Pete Bennett, the winner of the seventh series of Big Brother in 2006. Back then Pete and Nikki were on news for their relationship as a boyfriend and girlfriend which they started at the end of 2006 series.

But the two called their relationship a quit after a month of dating! And the story was left behind then. So after Pete, is Nikki having a relationship with someone else? What's her relationship status currently? Moreover, is Nikki married? Or is she currently single?

Let's find out what's going in the love life of Nikki here in Frsotsnow.

Who is Nikki Grahame Dating Currently?

The former Big Brother housemate Nikki is reportedly single recently. The model/TV personality hasn't been linked to any other name after her relationship status in 2007.

Well, it may be a good news for many of her male fans. And after checking her Instagram account, we found something that is linked to her love life, well indirectly! And you guys are certain to love it!

Want to know what we have found?

Nikki who doesn't like to make posts often, on July 12, 2016, posted a cute picture a couple, Scott and Kady McDermott, from the Love Island show. Check out her Instagram post here.

Rooting for these pair tonight! Have had tests thrown at them and have still managed to pull through. Love them both, so cute. ?? #teamscottandkady #LoveIsland ???????? @kadymcdermott @scottyspecial

After looking at her Instagram post it looks like Nikki is showing her support to the couple. But as Nikki has just posted her own private pictures and few of her friends in quite of occasions on her Instagram but never have made a post of a couple earlier to it, so why then?

Was she trying to show that she misses her ex-boyfriend or is she in search of a romantic relationship just like the couple from Love Island does have? Well, it's all up to the model on why she made the post? But it gives rise to the speculations that Nikki does miss a romantic relationship, what do you guys think about this?

But the story doesn't end here. Get prepared for some goosebumps because after reading what you are about to tell you, you are certain to have few. Prior to it, let us ask you something, what would you do if you happen to cross path with the person you have loved in the past? Guys, be sincere and answer by your heart!

And talking about Nikki, let's find out what she did after meeting her ex-boyfriend Pete after almost ten years duration in the Big Brother show in 2015. Yes, the couple met each after their separation around 2007.

Nikki and Pete, the Ex-couple met each other after almost ten years in Big Brother in 2015

The former couple Nikki and Pete again crossed each other's paths after ten years in Big Brother show in June 2015. Nikki was totally shocked by the surprise from her ex-boyfriend, Pete. 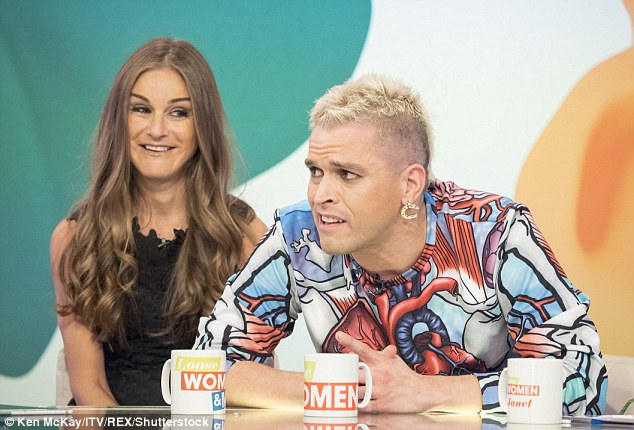 Nikki Graham was totally surprised by the unexpected appearance of her ex-boyfriend, Pete in the Big Brother show in June 2015

Also, check out a video on how Nikki reacted after getting to meet his ex-boyfriend Pete in the house.

The model/TV personality must have loved her ex-boyfriend so much as she also dated Chris Neal, a British TV star around 2007 but with Pete, the one who ended up their relationship, the attachment is way more. And it's clear to us after watching the video. She also admitted having a huge crush of Pete- Daily Mail.

Well, it didn't end here then, the two hugged each other on the show and spent some time together. 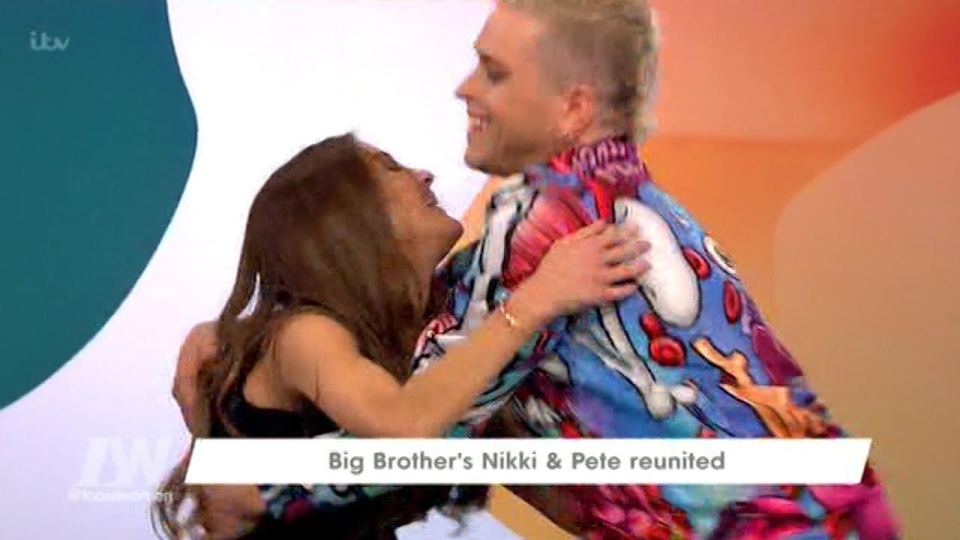 After watching such a cute chemistry of the ex-couple people made assumptions that the two may again get in a relationship and with Pete filing divorce to his current wife Gemma Costin- wiki, it was even obvious to think that the two are heating up something in between them.

But the ex-couple hasn't opened up regarding their current relationship status. And beside the mysterious relationship of Nikki with his ex-boyfriend Pete, Nikki has something regarding her personal life that most of her fans don't know.

Want to know what is the thing?

Nikki was reported to be a lesbian! So, is Nikki a lesbian? Or it's just a rumor? Let's find out.

Nikki Reported being a Lesbian

The former Big Brother housemate who is always out of a good health was called a lesbian by few her fans due to the statement Nikki made to the Daily Mail. Do you know what she has said to the Daily Mail?

As a contestant of Big Brother show, during the time of the last eviction, Nikki revealed that,

Especially as people felt sorry for Rachel. But, I'm delighted that Shabby stayed in.

I have a bit of a girly crush on her.

As per her statement, it's quite clear that she does have a feeling for girls. But the model hasn't spoken about this ever since.

After the past relationship status of the model/TV personality with Pete, the two still seems to be fond of each other, but it's still unknown what's the deal in between the ex-couple. But we hope either of them soon may reveal about their chemistry to their fans.

To be updated on your favorite celeb be in touch with Frostsnow.