Frostsnow https://frostsnow.com/
Home Gossip Who is Michael McMillian dating currently? Know about his Affairs and Relationship

Who is Michael McMillian dating currently? Know about his Affairs and Relationship The 38-years-old Michael has not yet tied his knot, but he is rumored to have dated an English television presenter and actress who is the only girl with whom he publicly announced his relationship with.

Aren't you all wondering who that lucky British girl was? How serious was their relationship? Let's figure them all out here in Frostsnow!

The love affair rumor between Michael and his girlfriend Cat Deeley was suspected from the media, but the rumor got real finally when the couple was spotted hanging out together in June 2011. 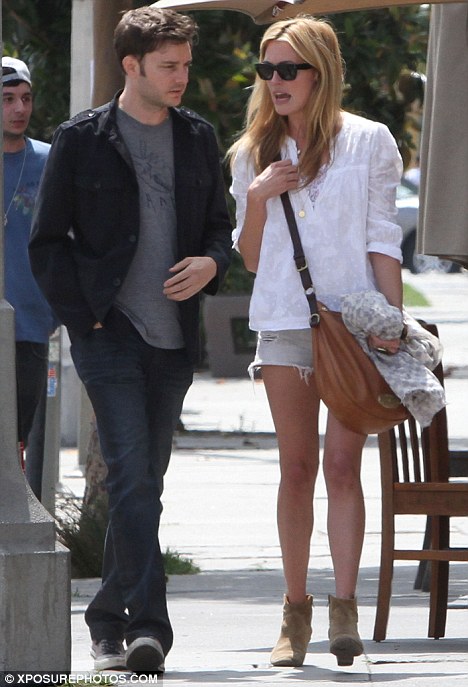 Neither of them has confronted about their first encounter. Maybe they were trying to keep it a secret. Well, according to the sources, the couple started dating in 2011 after Michael and Cat were caught sending off each other flirty tweets constantly.

On the Twitter, McMillian wrote that he was no more feeling young or cool one day afterward a party in LA. To the reply of his depressing tweet Cat tweeted back giving him positive vibes that Michael will always stay the same for her no matter what. Awe! It looks like Cat truly admired him.

Michael also has love and care for Cat same like Cat has for him. It was only four months of their relationship as the couple was caught together getting cozy and romantic. 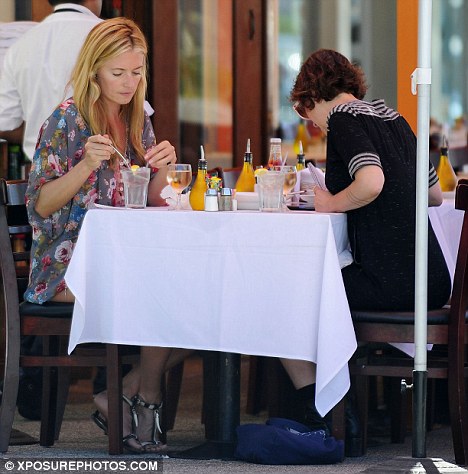 Cat Deely having lunch with her girl pal in LA

Cat was having the girls day out with her friend at La Clafoutis in LA. It was a surprise that Michael popped in to see her in the middle of her lunch with her girl pal. It looks like Michael could not at all wait a second without seeing Cat.

Here are the captured pictures of that day where the couple seemed immensely happy together. 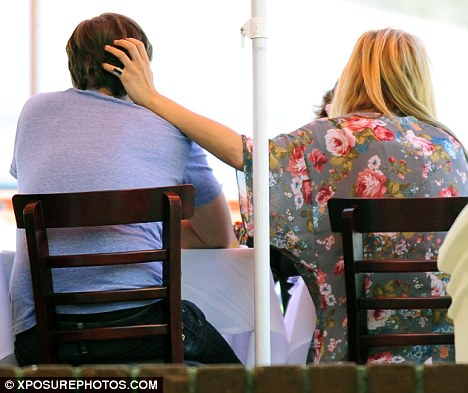 Cat Deeley's boyfriend, Michael McMillian popped into to see her

The relationship between this hot couple appears to be strong as they could not hold long enough without seeing each other.

Like most Hollywood couples', Michael and Cat's relation also couldn't hold long enough, and their affair eventually ended. Though heartbroken we are bound to do nothing but to accept the fact that this pair is not together anymore.

Let's know about their breakup story!

The breakup story of the couple

The fairy tale story between the couple takes a bumpy road leading to the breakup in the same year. Now they are also on the list of Hollywood couples who handles their professional life successfully but always fails to manage their life in the case of love.

It was June 2011, when Cat and Michael separated after few months of their dating.

None of them have clarified to the media about the reasons behind their breakup. Even so, we presume that their acting career may have definitely get in the way of their relation.

After the breakup, Cat was spotted spending a vacation with her girl pals in Hawaii. Seems like she was trying to get over the heartbreak from her split with her ex-boyfriend Michael.

What caused their relation to an end is still a mystery to us as none of them have yet spoken about the reasons for their breakup.

Check out Michael's short talk on the premiere of his show True Blood!

Cat announced Michael to be 'the one' of her life which certainly meant he was her true love. So we can guess how traumatic she might have been after her breakup with her 'the one and only' Michael.

A source mentioned in the Daily Mail that Cat is disappointed after her breakup with Michael and trying to move on with her life.

It has been several years the couple has departed, and a lot of things have changed over these years. Cat is now married to Patrick Keilty who is a Northern Ireland's comedian and television personality. They are living happily since the time they got married in 2012.

Micahel is supposedly single. He has not been romantically linked with any girl after his breakup with Cat. Maybe he has not found his true match, or maybe he still could not forget about his ex-love Cat.

But we want Michael to be happy and find his special one soon!