Frostsnow https://frostsnow.com/
Home Gossip Who is Meghan McCarthy's Current Boyfriend? Is she Single after Break Up? Know about her Affairs

Who is Meghan McCarthy's Current Boyfriend? Is she Single after Break Up? Know about her Affairs

There are new Vine sensations gaining popularity in the social media, and they are none other than the young and beautiful Meghan McCarthy and Joey Ahem. Both vine stars have many followers who impatiently wait for their next YouTube video.

It's no secret that the young and gorgeous duo were dating each other sometimes ago. Is Meghan still dating Joey or is she single at the moment? Read the article to find out about Meghan McCarthy's personal life and affairs.

Meghan McCarthy is an American comedian, actress, and a vine personality. She was born on 22nd November 1991 in Scranton, Pennsylvania. Meghan graduated from Auburn University in 2010 with a theater degree.

McCarthy has been doing not just vines but also advertisements of famous brands such as Coca-Cola and Honda. She has also collaborated on her vine with different other voice actors, including Jimmy Neutron and Debi Derryberry. 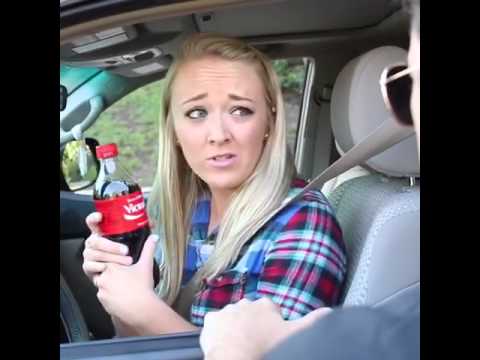 Meghan is popular for her Vine video phenomenon best characterized for her unique and very real and squeaky voice. She has more than 3.2 million followers on her Vine account.

Meghan was previously involved with another vine star Joey Ahem. However, the talented duo broke up in 2016 for undisclosed reasons. Both of them are said to be single currently and are focusing on their career.

Meghan with her ex Joey

Meghan and Joey’s relationship started with their collaboration on Vine. They eventually fell for each other and became romantically involved. Their huge fan base welcomed and cheered their relationship. However, they could not stay together for a long time and eventually parted ways.

Did we break up? by Meghan McCarthy

She opened up about her broken relationship in a video she uploaded on Youtube. Titled Did we Break Up, the video shows a tearful Meghan talking about their short-lived affair. She says,

“My relation looked happy and cheerful on the outside as showed in the video it needed the same on the inside.” Although they are not together now, she says in the video that she will always care about him and love him. She also confesses that she was the one who broke up with him.

Meghan on her video Did we Break Up?

Even though Meghan and Joey aren’t together anymore, we wish all the best for their future.