Frostsnow https://frostsnow.com/
Home Gossip Who is Leah Remini's Husband? Details on Her Past Affairs and Dating History

Who is Leah Remini's Husband? Details on Her Past Affairs and Dating History

American actress Leah Marie Remini, widely known as Leah Remini, is a married woman and is currently married to her husband, Angelo Pagan. They have been together for the past 15-years and also have a child together.

The 47-year-old, who is a former Scientologist, is best known for her show  Leah Remini: Scientology and the Aftermath, an Emmy Award-winning show. The actress, who also serves as an author and a producer, has an estimated net worth of $20 million. As of 2018, she is all set to appear as Joan in film Second Act, starring her close friend Jennifer Lopez and Vanessa Hudgens.

Leaving her professional life aside, let's rather talk about her marital life with husband Angelo Pagan, their children and Remini's past affairs.

Leah is currently married to American actor Angelo Pagan, best known for his work in Swordfish, Hawthorne and many others. They met back in 1996, at a Cuban restaurant while Angelo was still in a relationship with someone else.

They soon started dating, but even while they were dating, Angelo was in a relationship with the other guy. Despite the fact, they got engaged a few years later. 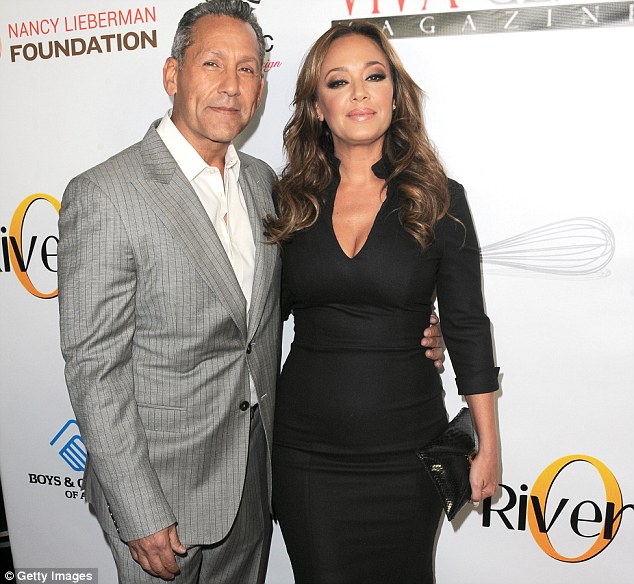 Angelo proposed Leah on 24th December 2002 during a candle-lit dinner at a Los Angeles restaurant. The proposal sounds like something straight out of a film, but the couple kept it a secret until early 2003.

Nonetheless, the couple tied the knot 7 months later on 19th July 2003. The wedding was indeed glamorous as the wedding aired on VH1, and two parts of her wedding special can be found on YouTube.

Likewise, it was also featured in the InStyle Magazine's Feb 2004 issue.

After just a year of tying the knot, Leah gave birth to her first child with Angelo on 16th June 2004. Her name is Sofia Bella, and she was born just a day after the 34th birthday of Leah.

In the 15-years long marriage, the pair has been through a lot. During an interview, Leah called her husband a serial cheater. Nonetheless, despite the controversy, they are still together, and there are no rumors about them splitting or getting a divorce.

Leah Remini's husband Angelo was previously married and even has 3 children with his ex. But in case of Leah, Angelo is her first and only husband.

There are no reports of her being in a relationship or affair before her husband. But we are sure that she must have dated some men in the past. It seems she has done a great job of hiding it from the public.

Our holiday spirit is still alive! my sweet hubby @therealangelopagan

Nonetheless, we hope that despite the crude comments Lean made about her husband, things have worked out between them, and we wish their marriage does not head towards divorce like every other Hollywood couple.