Frostsnow https://frostsnow.com/
Home Gossip Who is Gong Yoo girlfriend? Know about her Affairs and Relationship

Who is Gong Yoo girlfriend? Know about her Affairs and Relationship The 2016 zombie horror thriller Train to Busan's star Gong Yoo is a South Korean actor who is best known for his Korean TV Dramas. The 38-year has been a fan favorite for years now and everyone wants to know more and more about the actor's life.

Gong is linked with a few other Korean actresses, they are Yoon Eun Hye, Im Soo Jung, and Lim Soo Jung. Read the full article to know all about Gong's affairs and marriage rumors.

One of the most loved couples of MBC's The 1st Shop of Coffee, Prince is Gong Yoo and Yoon Eun Hye. The couple's onscreen chemistry is so amazing that the rumor of the couple's affair was all over the media. CAPTION: The team of Coffee Prince

Gong and Yoon's pair were already loved by all the audience but the rumors of their affair burst out after the leaked photos of the couple's off-screen kissing on the internet. In spite of all the rumors, the couple totally denied having any kind of relationships.

For Gong and Yoon's perfect on-screen chemistry, the pair was awarded for the category of Best Couple Award by MBC Drama Awards.

Gong and his Ideal woman

Gong was once asked about the type of woman he enjoys to be with; in response, he said that in the past he liked to be with kind of girl who is unique and loves to enjoy new environment but at the current context, he prefers an ordinary woman. 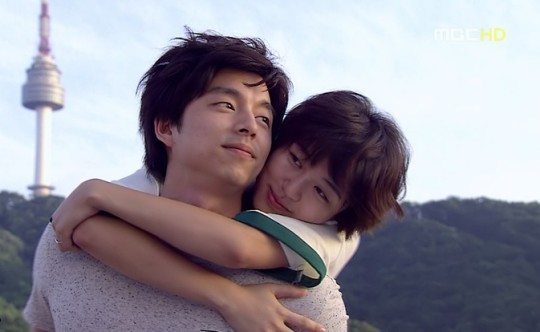 Besides all his opinions, he admitted that his Coffee Prince co-actor, Yoon fits in the category of his ideal woman. According to Dramafever, Gong said that he has feelings for Coffee Prince.

Yoon Eun tweeted about her excitement by Gong's statement,

@1003Grace Gong Yoo still has feelings for Coffee Prince https://t.co/UQfOQBhmNJ (awww me too)

Gong and Soo Jung first met on the set of KBS2's School 4 which is the debut TV series of both the actors. The couple worked several times together even after the completion of the series.

The couple was not linked with each other until 2008 when they were reported by Weekly Magazine that they traveled together to Jeju Island in Southern Coast of Korea.

The Couple's tour was not only the reason behind the rumor fo their affairs, but the couple was also seen wearing the same cap and wear walking happily together.

However, the couple was not only on the tour but some of their friends were also there.

On the end of summer 2016, the rumor of Gong and the actress Lim Soo Jung secret marriage was floating all over the media. But on 24th October 2016, Gong's manager cleared all about the rumors of his marriage. He said,

We want to clarify that the rumors are ungrounded and false.

Gong is not married and is not in a relationship right now, but has admitted that he wants to marry by 40 and also want to have a child by then.