Frostsnow https://frostsnow.com/
Home Gossip Who is Gabriella Lenzi's Boyfriend? Is she still Single? Know about her Affairs and Relationships Gabriella Lenzi is a Brazilian model born in Sao Paolo. Lenzi is also an Instagram model with almost 1.5 million followers. The gorgeous model is known to post some sexy yet glamorous photos of herself in Insta and almost all of her pictures get over 15 thousand likes.

The 24-year-old has said that she knew she wanted to be in the fashion industry since childhood. So she studied fashion at Fundacao Amanda Alvares Penteado. Soon, she was assigned to modeling.

The model has been gaining a lot of attention through her social media posts for the past few years because of her frequent appearances with celebrities. Rumors have surrounded her claiming that she is in a relationship with the celebrity men she is seen with. So, let's talk about the Insta-famous model's relationships and rumors.

Lenzi, who stands 5'4" tall, first rose to fame after rumors started circulating in 2014 that she was dating FC Barcelona superstar Neymar Jr. Lenzi was spotted cheering for the Brazilian football star during his match. Later she also modeled for Neymar's club i.e. FC Barcelona Soccer Club.Many claim that it was a personal photo shoot rather than a professional one. 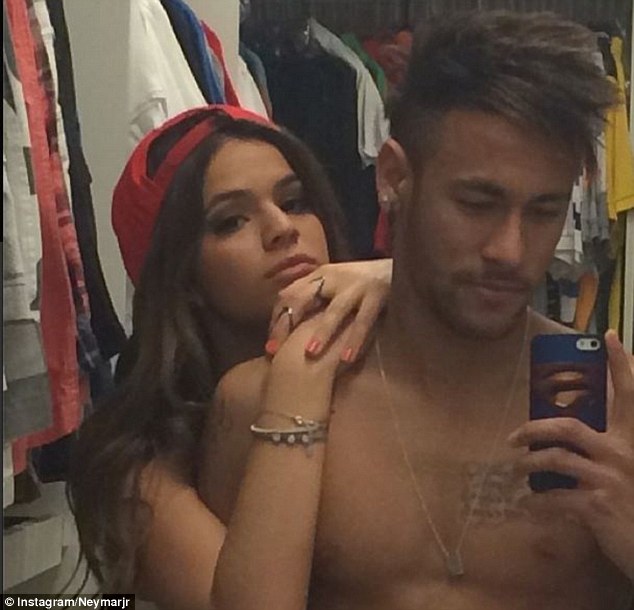 Despite all the rumors and claims, none of the parties decided to talk about the relationship. Till date, the truth about their relationship is a mystery.

Before Neymar, she had also been reported of being in a relationship with another football player Gabriel Kunda Junior.

Recently, in April 2017, she was also spotted being touchy and close with singer Justin Beiber. The two were captured in a car with Justin's hands wrapped around her. It is not clear if the two were only flirting or having fun or if it was something serious. Nonetheless, the two are certainly not together now as Justin has reunited with his singer girlfriend Selene Gomez after her split with singer The Weeknd.

Read More About Justin And Selena

Who is Gabriella Lenz's boyfriend? Is she single?

Despite all Lenzi's sightings with some famous and handsome hunks, sources claim that she does not have any boyfriend right now. She is totally single and has not made an appearance or made claims about her love life.

We can never know what actually happens behind the scene. So it is safe to say that she might be actually dating someone but is not ready to make the news public yet. Hope she will find the one and share it openly with her fans.