Frostsnow https://frostsnow.com/
Home Gossip Who Is Frankie Muniz Dating Currently? Engaged To Elycia Marie Turnbow In The Past: Details

Who Is Frankie Muniz Dating Currently? Engaged To Elycia Marie Turnbow In The Past: Details The news of Frankie Muniz and his girlfriend Elycia Marie Turnbow’s relationship was never really fascinating as they were literally tagged as an incompatible couple. However, their engagement news shocked everyone back in 2011. As of 2017, the couple is no longer together but people still believe that they are engaged with one another. Reality check, Frankie has a new chic!

Find out the details about Frankie’s relationship with Elycia and his current girlfriend. Keep reading:

Everybody believed that the ‘Malcolm in the Middle’s star Frankie Muniz was ready to get hitched after he got engaged to his 4-year-long girlfriend Elycia. In fact, Frankie even took to Twitter to reveal the happy news with his faithful followers as he wrote: “After 4 years together, I'm so happy to be ENGAGED to the love of my life”

Also  read Cardi B And Offset Rumored To Be Engaged, What Is The Truth? Their Love Affairs And Relationship

Honestly, Frankie and Elycia’s relationship had been a rough one. You might find it hard to believe but Frankie had to put his head at the gunpoint because of a severe fight with Elycia. He was also reported to the police to have punched and throw Elycia into a wall.

Despite such incidents and news, Frankie and Elycia decided to get hitched. However, this didn’t actually happen.

Frankie Muniz and Witney Carson Dancing With the Stars Premiere:

The former couple is no longer together as they parted their ways in a low-key breakup. They kept their split so quiet that people believe that they are still engaged to get married. Engaged since 2011? You must be kidding!

You might be delighted to know that Frankie has already found the one for him. In fact, he seems to be much happier with her. The lucky girl is Paige Price. The couple has made a lot of public appearances together and is all over each other’s Instagram.

This is the first picture we took together and my favorite ever. You can see the love and it makes me so happy. I love you @pogprice!

Considering Frankie and Paige’s relationship, they have been going smoothly in it. Till date, there has been no report of arguments or fights between them which tells us that they are a compatible match. They appear to be very supportive of each other which might be the strength of their relationship. 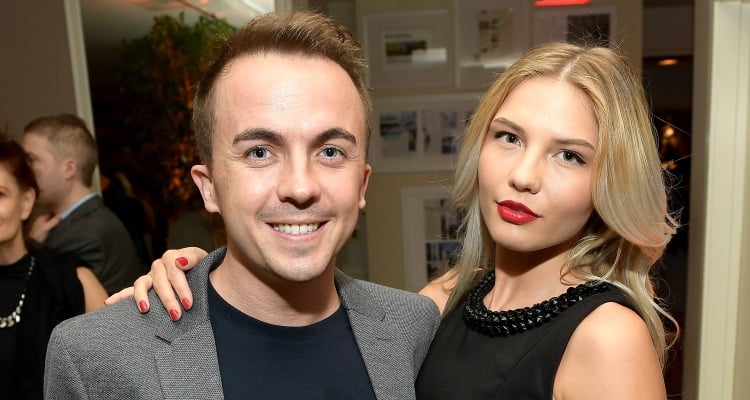 Even though Frankie and Paige’ haven’t got engaged yet, we totally believe that it will happen soon in the future. We are very hopeful about this relationship and we suppose it is the same with you.