Frostsnow https://frostsnow.com/
Home Gossip Who Is Carlos Ponce Dating After Divorce From Veronica Rubio, His Children And Past Affairs

Who Is Carlos Ponce Dating After Divorce From Veronica Rubio, His Children And Past Affairs We always fantasize about the high school love coming true just like in the movies. This fantasy came true for Carlos Ponce when he married his high school sweetheart Veronica Rubio. He was happily married to his wife at one point of time, but sadly things didn’t turn out to be in his favor, and they got divorced.

Carlos is a renowned singer and an actor. So many people know about his professional life, but only a few get a chance to take a sneak peek of his personal life. Are you curious to get the details about his love life as well? Keep reading to know more about his married life, dating rumors, and his children:

Carlos and Veronica spent many years with each other as a married couple. They tied the knot on 5th October 1996. Even though they were married for almost 16 years, their marriage ended in a sad divorce in 2010. 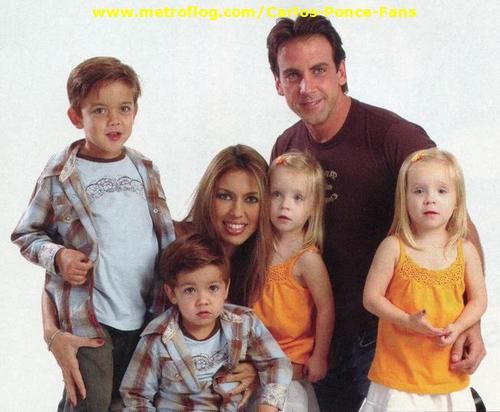 Carlos and Veronica from their relationship have four kids together. Their son Giancarlo Ponce was born in 1999, Sabastian Joel Ponce in 2001 and two adorable twin daughters Savanna Ala Ponce and Siena Natasha Ponce in 2002.

Carlos was suspected to be dating Roselyn Sanchez even before the divorce. However, the rumor of Carlos affair with Roselyn wasn’t confirmed by either of them.

Also find out if Eric Winter and Roselyn Sanchez are still together? Know their Married Life and Relationship

Thus, we can barely guarantee that they were dating for real.

Well, Roselyn is not the only one with whom Carlos name was linked. He also dated Ximena Duque post his divorce with his ex-wife. They were an adorable couple who seemed very happy with one another. In fact, their relationship lasted for more than half a decade. Carlos and Ximena lived together until they broke up in 2016.

In an interview, Ximena opened up about the reason behind her split with her ex-boyfriend Carlos. She revealed that Carlos was not ready to get married. She said to the publication, emphasizing that according to her religion it's not acceptable to live with someone unless married. She also stated that:

“As a woman and as a mother and as a Christian, I should've never left my house without getting married first”

After the break up with Ximena Duque, Carlos has been single. We haven’t heard of any other dating and relationship rumors regarding him. It seems like he has not decided to get married for the second time. But we never know, a man’s heart can change anytime. We hope he meets the right one soon.