Frostsnow https://frostsnow.com/
Home Gossip Who is Aaron Murray fiance? Know about his affairs and relationship

Who is Aaron Murray fiance? Know about his affairs and relationship NFL player Aaron Murray got engaged to Kacie McDonnell after they were in a relationship for a year. The news of this love bird caught everyone's eyes, and there is much confusion about this engaged couple which we will clear you later.

You now know that Aaron and Kacie are engaged but the things that you may not know are what happened next to this duo and how is the love relationship between Aaron Murray and Kacie McDonnell?

Don't worry about it, we well tell you all about it in the upcoming topics. Stay with us.

Mentioned earlier, Aaron Murry got engaged with his longtime girlfriend Kacie McDonnell after they dated for a year. Getting toward the beginning of this love story, the couple started dating in the year 2013.

The bond between this couple was so great that Kacie, a former Fox 29 traffic reporter, moved to Kansas City to be closer to Aaron, who is a quarterback for the Kansas City Chiefs. 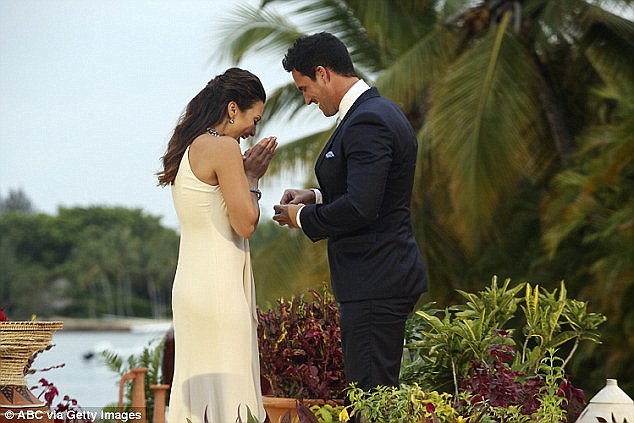 After a year Aaron Muray popped up the big question and she said yes to which Aaron was so happy that he even shared his happiness with the whole world.

Check out the tweet where Aaron expresses his happiness when his girlfriend Kacie accepted his marriage proposal.

The couple was very happy to be together that Aaron and Kacie were seen visiting possible wedding venues after the engagement. Kacie even had some photos of the Cathedral Basilica of Saints Peter and Paul posted on her Instagram.

But, a very bad news and to be honest a very surprising bad news came to this NFL player Aaron Murray called off his engagement to Kacie McDonnell.

People speculated that this is in Aaron's genes as his brother Josh Murray also split with his fiancee Andi Dorfman. If we talk about Josh and Andi Dorfman, they met on the reality show The Bachelorette. The news was harsh but after the break-up of Aaron Murray with his fiance Kacie McDonnell, Kacie gave a statement saying;

'The engagement is off. I wish him the best. It’s best to part ways. I’m moving on with my life.'

After the break-up, everything changed for this lovely couple. The photos that were posted on Instagram was deleted.  Aaron has not spoken of his love life ever since and maintains a private life.

Check out the video from Aaron Murray Senior Night.

The story goes like this. With a broken heart, Kacie McDonnell moved to a different city. As a television reporter, she used to do her work and used to come back home. The same routine everyday. But one day she met a guy and we guess you already know who we are talking about.

Yes, you are right she met Eric Hosmer, the Kansas City Royals’ first baseman. She started to like him, Eric had his eyes on him, they started dating and they became a couple very soon. Kacie showed the world that she has moved on with her break-up so, Kacie and her new boyfriend Eric posted a photo on Instagram.

Now, Kacie is in a very good love relationship with Eric Hosmer. We hope Kacie has found the love of her life and she remain happy with her new boyfriend.

So, Kacie has moved on with her life and she made the world know about it, but Aaron may be single as he hasn't revealed anything about his love life. We wish Aaron all the best and hope he gets what he deserves and get the love of his life.