Frostsnow https://frostsnow.com/
Home Gossip Where the Kardashians are not Allowed: Places and Events that have Banned Kardashians

Where the Kardashians are not Allowed: Places and Events that have Banned Kardashians

The women running the Kardashian/Jenner clan, which features Kim, Kourtney, Khloe Kardashian, Kris, Kendall and Kylie Jenner, are involved in their own business, some even having their show, and not a day goes by without the family making a headline or two. And let's not forget the three pregnancies which have been one of the most talked about topics of 2017-2018.

Despite all the fame and following, the family is not loved by everyone. And not everyone is ready to accept them with open arms. Here we are going to share some places and events from which the Kardashians are banned.

It might come as a shocker to many, but the Kardashians are prohibited from Oscar parties. According to sources, it is the deed of drunken mama Kris Jenner. If you are a fan of the Kardashians, you are already aware that Kris loves her vodka and this has been a topic on their show. Back in 2015, Kris showed some inappropriate behaviors while she was at Raleigh Studios' annual Oscar party.

Kris Jenner with her daughters at 2014 Oscar Party

Some sources claim that after getting drunk, she rubbed some A-listers in the wrong way which the organizers found unacceptable. There you have it, Kris, you should control your drinking habit as it is not good for the brand name.

Unlike the above one, this might be very obvious for everyone. Former President Barack Obama, who is a fine gentleman known to use politically correct words while speaking, did not think twice before calling Kim Kardashian West's husband Kanye West a jackass.

According to sources, Kim had tried to formally endorse Obama numerous times but was flatly denied. Likewise, in 2014, she was also stopped by secret service while trying to mingle with the former president at USC Shoah Foundation party.

Obama's dislike is the reason why the family is banned from The White House. However, since Donald Trump is the new President and him and Kanye sharing some similar traits, they might be welcomed to the White House with open arms anytime soon.

Not the entire family, but specifically Kourtney Kardashian has been banned from The Driver's Seat Restaurant located in the Hamptons. According to sources, while Kourtney was pregnant with her third child, she went over to the restaurant to enjoy a meal with her sister Khloe Kardashian. She ended up annoying the people by making the diners at the location sign release forms as they were filming the two sisters. 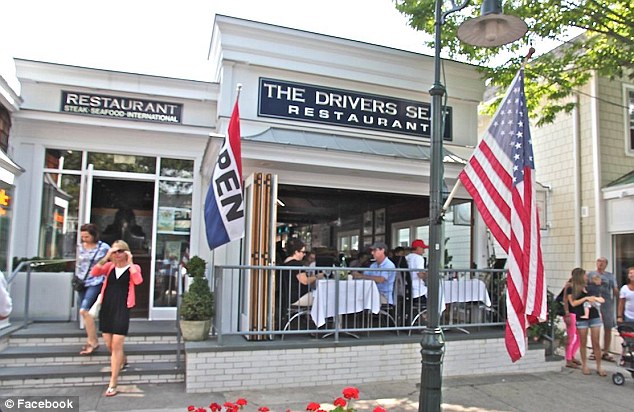 Kourtney's representative claimed that the diners did not have any problem with it, but she hit the nail on the head when she did not tip the waiter.  Well, that is not a good thing to do when you a millionaire.

Nonetheless, the restaurant no longer welcomes her back. Kourtney is officially banned from The Driver's Seat Restaurant.

4. The Met Gala and Vogue Magazine

Anna 'Nuclear' Wintour, the editor-in-chief of Vogue magazine, is not a huge fan of the Kardashian clan, even calling them 'antithesis of fashion and class.' Kim and her family were not welcomed at the Met Gala for some years until she got married to Kanye whom Wintour is a huge fan of.

However, in 2015, Kim again came under fire after she broke the Met Gala's no selfie rule. She seemed to just not stop herself from posting while being surrounded by her idols like Lady Gaga and Cher. She would have been banned from the prestigious event in a snap if not for Kanye, which has allowed her to appear on the show with other rule breakers like Justin Bieber. 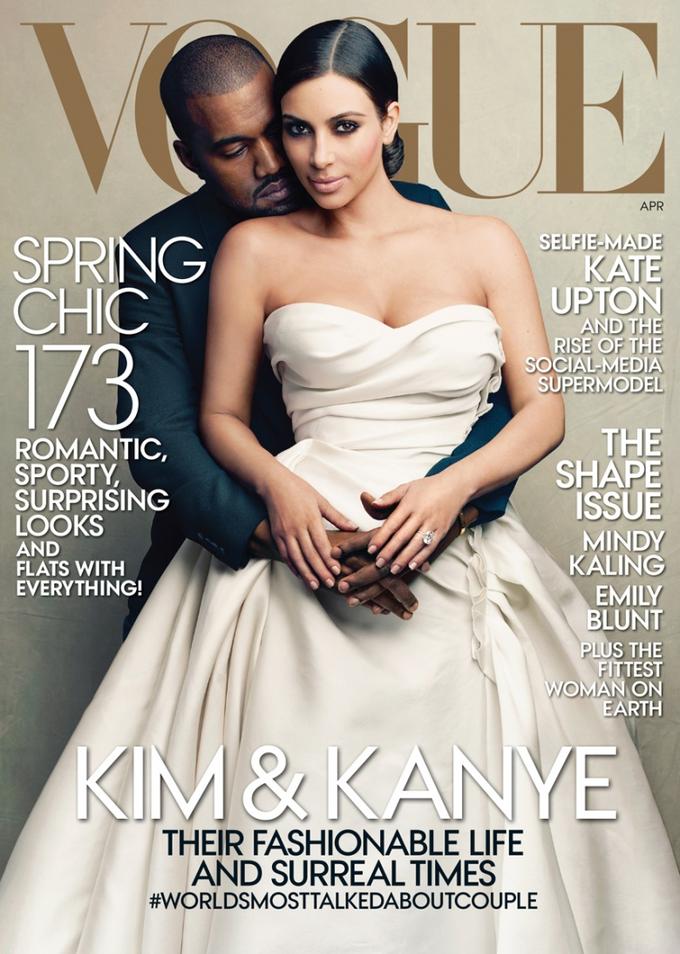 Kim Kardashian and Kanye West on cover of Vogue magazine

Likewise, Kim is also banned from Vogue as per the orders of Anna who does not want her name to be mentioned on any page of the magazine. this is in spite of the fact that, back in 2014, when Kim and Kanye appeared on the cover of the magazine, it flew out of the racks, selling 500,000 copies and beating Michelle Obama and Beyonce covers. However, Vogue was criticized for the cover and ever since Kim is banned from the magazine.

This one might be the most anti-Kardashian place in the world. The Burger Joint, located in Buenos Aires, Argentina has the most open and eye-catching way to say that they do not welcome the Kardashians. 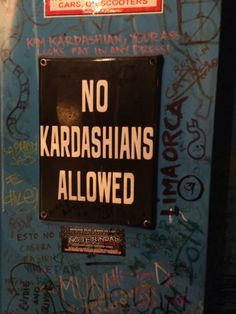 No Kardashians Allowed board at The Burger Joint, Argentina

The eatery has a huge board saying "No Kardashians Allowed" above the entrance. The business gets the right to do so until it does not offend any race, religion, nation or color. The board is also surrounded by some anti-Kim graffiti and whale drawings.

Well, it's not like the Kardashians are bothered by it anyway, but it is an excellent business scheme. What say?