American rapper Tyga’s real name is Michael Ray Stevenson. He is a renowned rapper who gained fame after being linked with one of the Kardashian’s step-sisters. Tyga is the boyfriend of Kylie Jenner. But how much is this young rapper’s net worth? Have you ever thought about it? Well, if you have then you have come to the right place. Tyga has a jaw-dropping net worth of $2 million.

Tyga and his rented mansions

In 2012 there was a rumor that Tyga bought a $6.5 million in Calabasas, California. According to the rumor, the mansion was huge and exclusive with 7 bedrooms, 8 baths, a movie theater, pool, spa, waterfall, sports, and gym. However, later it was confirmed that Tyga hadn’t purchased but rented it. According to celebritynetworth.com, Tyga has lived in several rented mansions in Calabasas, California. He has even failed to pay $80,000 once and $50,000 another time to his landlords.

At present, Tyga lives in Kim Kardashian and Kanye West’s neighborhood. He pays $46,000 a month as a rent. He is even reported to have temporarily moved into his girlfriend, Kylie's $2.7m Calabasas mansion. 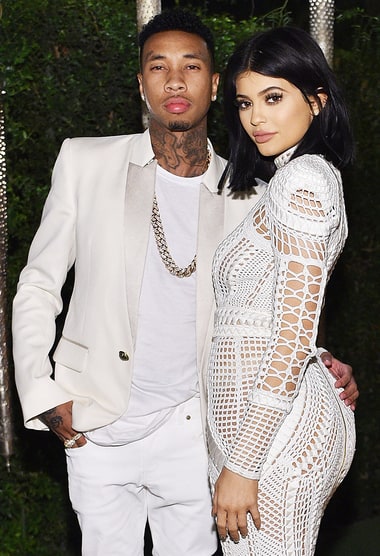 Tyga and his car controversy

Tyga owned a $2.2 million worth Maybach 62 S Landaulet. He had even spent $90,000 on its upgrades. However, it got repossessed later when Tyga stopped making the payments. 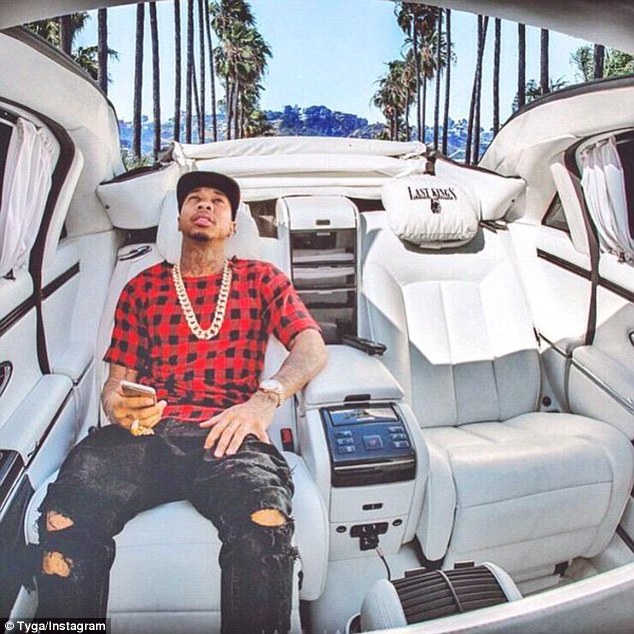 Image: Tyga in his Maybach Landaulet

In 2015, Tyga gifted Kylie a sexy white sports car on her 18th birthday. It was a Ferrari 482 Italia which costs $320,000. The car looked exclusively beautiful as it was tied with a big red bow. Kylie looked too surprised when she got her gift. However, a month later it was said by Radar that Tyga is so broke that he can’t afford such expensive car and the hot Ferrari was bought by Kylie herself.

Tyga and his career as a rapper

Tyga, who always dreamt of becoming a rapper, took his first step in 2008. He recorded a song ‘Coconut Juice’ along with his cousin Travie McCoy. This song made him quite famous. After that, he got the opportunity to work with Young Money Entertainment, Cash Money Records and Universal Republic Records. He has sang some amazing songs such as ‘Faded’, ‘Far Away’, ‘Make It Nasty’. In March 2013, Tyga released ‘Hotel California’ which is his third studio album. In his third album, he is seen featuring several top level artists such as Chris Brown, Wiz Khalifa, Rick Ross, Nicki Minaj, etc.

Besides, Tyga also runs a clothing store, ‘Last Kings’, in Los Angeles. He allegedly spent $120,000 on interior decorations for the store. This is how Tyga has earned his net worth.

Image: Watch one of Tyga's song

Despite being nominated for several awards multiple times, Tyga won a MuchMusic Video Awards in 2012.