Frostsnow https://frostsnow.com/
Home Gossip What is the Relationship Status of Stella Ritter? Is she Single or Dating? Know Details

What is the Relationship Status of Stella Ritter? Is she Single or Dating? Know Details Stella Ritter is the beloved daughter of late actor John Ritter, who died because of an aortic dissection at the age of 54 on Stella’s fifth birthday. A lot of people are curious to know about the little girl who is not so little anymore. You might also be interested to know if she is single or dating.

Well, the truth is we cannot call Stella ‘her’ anymore because she has already changed into a male. Stella is now known as Noah Lee Ritter or simply, Noah Ritter. This news might have thrown you off a cliff, but it actually is true. Now, Noah has kept himself away from the limelight, thus it is tough to talk about his relationship status. Keep reading to know more:

August 2017 saw Stella’s transition into Noah Ritter and the news broke the Internet. Ritter had stayed away from social media for a long time and everyone was wondering why. Looks like everyone got their answer! 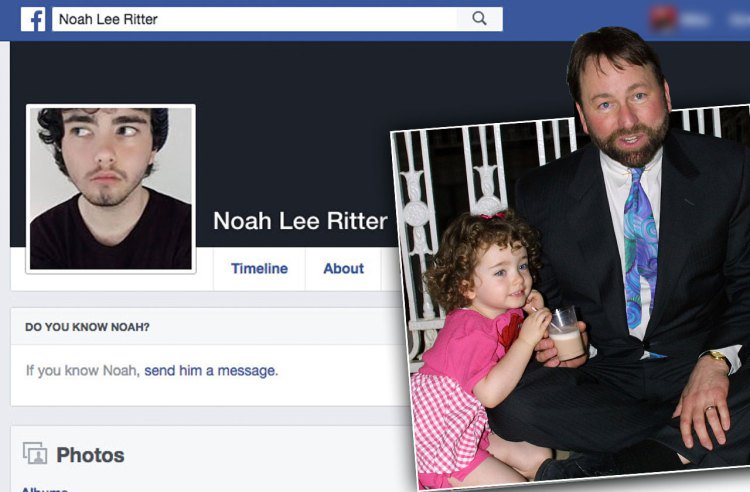 Ritter’s photo as a male became viral on the Internet after he changed his profile picture on Facebook. In the photo, he looked like a cute guy in his adolescence with a hint of a beard and mustache.

Noah Ritter, born on 11 September 1998, is the only child of late John Ritter and Amy Yasbeck. John and wife Amy Yasbeck met for the first time in 1996 on the sets of Problem Child.

Their first meeting turned into an affair quickly and eventually they got married on 18th September 1999. Soon after their wedding, they gave birth to Stella. However, their happiness came to an end on Stella's fifth birthday as on that day, John died of an aortic dissection making Amy a widow and Stella an orphan.

According to reports, Noah Lee Ritter’s transformation from a female to a male started after he turned 18 years' old. This is the same time when Ritter changed his name from Stella to Noah. A close friend revealed that Stella Ritter took the decision when she was in high school. The source further added:

She is now living 24/7 as a male and has grown facial hair because of the treatments she’s been receiving. She is Noah now, Stella is gone

Ritter’s dad is not alive today but the source claimed that he would have totally supported his daughter’s decision as he loved her very much.

#TeamRitter with Amy Yasbeck, Stella, and Jason Ritter at the team gathering prior to the NYC Marathon! pic.twitter.com/X7SvycIJ7k

Stella’s transformation into Noah Ritter has remained a low-key affair. We would be blessed to get a glimpse of his further-enhanced new looks, let alone the thought about his dating life. Yet we are pretty sure that he will definitely find someone who loves him for the way he is. How Much Is Canadian Ice Hockey Player Brad Marchand Net Worth? His Salary & Endorsements