Frostsnow https://frostsnow.com/
Home Gossip What is the net worth of Mohamed Hadid? He has mansion in LA and expensive cars

What is the net worth of Mohamed Hadid? He has mansion in LA and expensive cars Mohamed Hadid is a very successful real estate developer. Hadid has an estimated net worth of $200 million. Isn’t that huge? Hadid has earned a major part of his net worth by constructing the Ritz Carlton hotels and mega mansions around the world. Let’s find out more about the lavish lifestyle of his amazing personality.

The talented real estate developer does not just build houses for others. His Bel Air Palace named ‘Le Belvédère’ is built by none other than Hadid himself. It sat on a 2.2-acre bluff and covered an area of 48,000 square feet. Hadid’s beautiful ‘Le Belvedere’ mansion was located in the Bel Air neighborhood of Los Angeles.

However, Hadid sold it for $72 million in 2010 to a European family. It was one of America’s most expensive mansion. At present, Hadid owns $60 million Beverly Hills mansion, The Crescent Palace. The Crescent Palace covers an area of 48,000 square foot and stands on a very expensive land just beside The Beverly Hills Hotel. It has some exclusive features like 11 bedrooms, library, art gallery, large roof-top garden, 5000 bottle wine cellar, a huge movie theater, etc.

A photo posted by Harpers Bazaar Interiors (@harpersbazaarinteriors) on Sep 27, 2016 at 11:52pm PDT

Similarly, Hadid has been building an enormous property in Los Angeles which has not been away from controversies. Hadid has been accused of thievery, bribery, and intimidation.

Mohamed, who is the ex-husband of The Real Housewives’ Yolanda Hadid has a huge love for cars. He has been spotted multiple times driving some classic cars. He owns some amazing cars like 1965 Packard Caribbean Convertible, Rolls-Royce wraith, etc. Recently Hadid purchased a Charles Morgan 3-Wheeler. He was seen taking his fiancée Shiva Safai for a spin in his new car. They were spotted driving close to their Los Angeles home. The Morgan that Hadid bought costs between £31,450 and £34,995. It comes with stylish leather seats and a commodious, cockpit shaped interior Hadid and Safai looked too hot in that car. 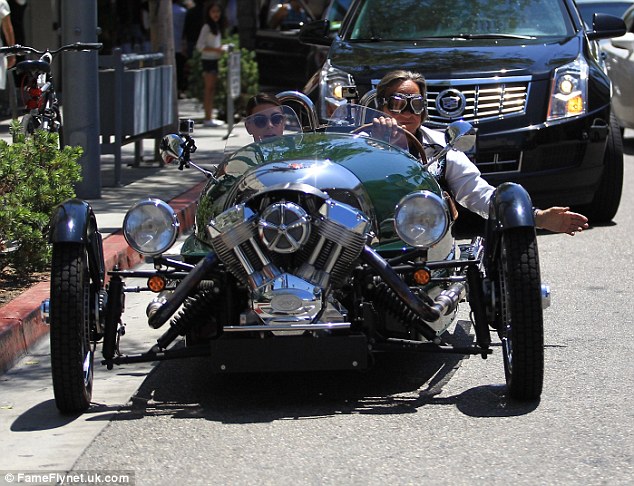 Renowned supermodel Gigi Hadid’s father Mohamed wanted to become an artist in his life during his early days. However, later he realized that real estate had more money. He got a big break in Washington D.C. where he began his work by building family homes and residential apartment buildings. He earned huge money by building Ritz-Carlton hotels in Houston, New York, Aspen and Washington D.C. Hadid is very successful today. He is the owner of the "Hadid Development" which mainly works for on ultra-high-end real estate projects worldwide. His development company builds building resorts, condos, houses, and commercial projects. The places where Hadid’s works can be found is Bel Air, Aspen, Beverly Hills, Paris and suburban Virginia. Hadid also opened his own art gallery later in Beverly Hills.

This is how Mohamed Hadid has earned his net worth.