Frostsnow https://frostsnow.com/
Home Gossip Want to know about personal and professional life of Kayla Tausche? We've got them covered!!

Want to know about personal and professional life of Kayla Tausche? We've got them covered!! Kayla McCall Tausche, popularly known as Kayla Tausche, is an American broadcast journalist. She was born on July 17, 1986, in Minneapolis, Minnesota where she spent her childhood. She holds a bachelor degree in business journalism and international politics from the University of North Carolina at Chapel Hill.

Kayla Tausche began her dynamic journalism career  when she was in college. She at first worked in the Brussels department of Associated Press and after graduation, she served at Bloomberg L.P. as a consumer and retail news reporter. Later she joined the DealReporter unit of Merger market. Gathering all experiences, she joined CNBC in January 2011 as a general assignment reporter covering corporate finance and deals for CNBC's business day programming.

Tausche is applauded by the viewers for her passion in the work. She has covered various prominent stories. She has also been a contributor at MSNBC, Today, Weekend Today, and NBC Nightly News with Brian Williams. When she covered the News Corporation phone hacking scandal, she has been highlighted in the front page of “The Financial Times”. Tausche has been serving as a deputy anchor for Squawk Box, Squawk on the Street and Power Lunch. Since May 2, 2014, she is working as a co-anchor of Squawk Alley, along with Carl Quintanilla and Jon Fortt. While at the University, she has been the member of her university’s cheerleading team.

When will the Fed raise interest rates again? Here's what the market's betting:
(via @eschulze9) pic.twitter.com/RqCUXpMbIZ

Kayla Tausche found her perfect person in Jeffrey Izant at the age of 28. She is married to him since 2015. The bond between them seems to be very strong as there are no any signs of their divorce. Beside this, there are no rumors about her affair. The gorgeous looking Tausche has a height of 5 feet and 5 inches (1.67m). 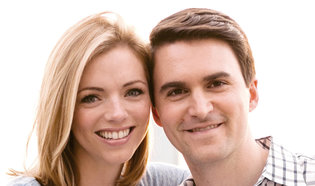 She has also received the honors for in-depth research for analyzing the way international newspapers covered the handover of Hong Kong from British to Chinese rule. Tausche has won the heart of millions and famed all over the world. Her net worth is unknown.