The Walking Dead actor Norman Reedus is creating a wide attention and curiosity regarding his dating life. 49-year-old, American actor Norman was in a 5-year relationship with his girlfriend supermodel Helena Christensen but broke up.

Currently, Murphy MacManus of the film The Boondock Saints, Norman Reedus is dating his girlfriend Diane Kruger. The couple is dating for over 2 years but is yet to be married. Also, Norman and Diane are expected to welcome a child. Curious to know their relationship, marriage plans, and affairs? Let's know.

In March 2017, Walking Dead star Norman Reedus was spotted leaving the Soho bar together with his current girlfriend, the Inglorious Basterds star Diane Kruger in the New York City.

The couple was first spotted in 2015 cozying together after they met in the set of the 2015 film Sky. Soon, the couple's relationship became a hot sensation on the internet.

Finally, Norman and Daine admitted their affairs after 15-months of sharing a close bond together. Reportedly, the couple started dating in July 2016.

While in their night-out in 2017, the couple made a brief stop on the corner to share a romantic kiss.

Here you can see a picture in which Diane was seen kissing Norman. Later, in 2018, the couple made their red carpet debut as a couple at the 2018 Golden Globes in January and days later, also lip-locked the Critics’ Choice Awards carpet.

The National Treasure actress and Norman Reedus are not married, but they are reportedly pregnant with their children. Well, the pregnancy before marriage is not a big issue in Hollywood, so fans are curious to know their marriage plans.

In May 2018, multiple sources report that The Walking Dead actor and his girlfriend Diane are expecting to welcome the children of their own.

The news came up after Kruger, 41, appeared to be hiding her baby bump in oversized gowns at the Cannes Film Festival.

The pregnancy news got a fire after a black-and-white photo of herself on Instagram alongside a footprint emoji.

However, the couple has not talked on the marriage issue till date. Also, their engagement news is yet to be revealed.

Hope the happy news will be out soon.

Diane Kruger was reportedly dating Joshua Jackson. Later, Diane and Jackson broke up their nine years relationship without sighting any reason behind their separation.

After the break-up, Joshua is currently single and not involved in any love affairs.

Previously, Diane Kruger was married to her husband Guillaume Canet in 2001, who is also an actor. But after 5 years of their marriage, the couple divorced. 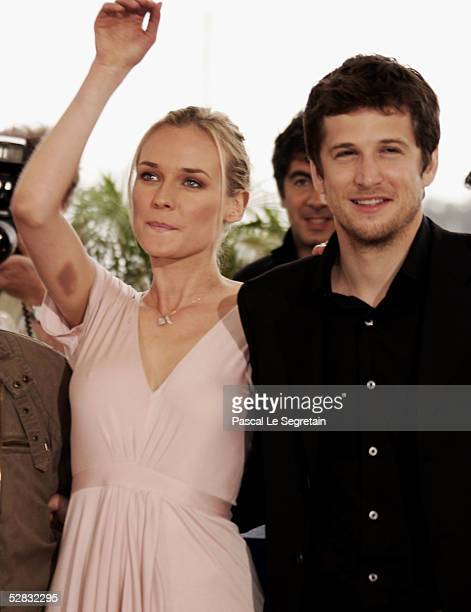 And soon after the divorce with wife Diane, Guillaume began having an affair with his girlfriend Marion Cotillard. Since 2007, the couple is still dating each other and shares a daughter Marion.

Moreover, Norman is also rumored to have hooked up with the actress Rose McGowan back in 2001.

In addition, Norman had previously dated Helena Christensen with whom he has a 17-year-old son, named Mingus without getting married.

And now the fate has turned Norman to be a loving boyfriend of Diane Kruger. We wish them best for further. Victoria Swarovski Married Werner Muerz in Italy:Know About Their Relationship and Love Affairs