Vera Viktorovna Galushka, best known by her stage name Vera Brezhneva is a singer based in Russia. The Russian singer is also an actress and TV presenter. The former member of girl group Nu Virgos also was the presenter on the Russian version of game-show Power of 10. She worked on the show for two seasons, starting from 7th January of 2008 until 31st August of 2008.

Vera who is currently 35-years-old made her debut as a solo artist in 2008, and has released some hit songs like I do not play which ranked 6th in Russian Chart followed by By the petals of tears, and Real life which landed on the 1st place on the Russian chart in 2010 and 2011 respectively.

Today we are going to talk about the Russian actress' relationship with Konstantin Meladze and her past relationships.

Vera Brezhneva past relationships and affairs

In the year 2000, Vera was married to Ukrainian vocalist, Vitaliy Voychenko. Together they gave birth to their first child Sonya Voychenko on 30th March of 2001. Vera was just 19-years-old when she gave birth to her daughter. However, after 3 years of marriage, the couple decided to call it quit and got divorced. 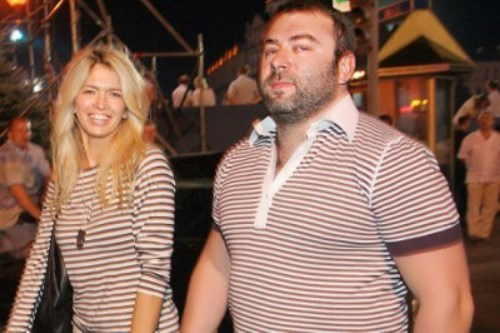 Later, in November of 2006, she got married to another Ukrainian vocalist Michael Kiperman. They gave birth to their daughter Alex Kiperman on 17th December of 2009. The two were married for 5 years until 2011.

Vera with her two daughters

Moreover, after her separation with Michael Kiperman, Vera was rumored being in a relationship with Russian actor, Sergei Svetlakov. The duo was rumored to have dated for a year. However, none of them ever confirmed the rumors.

The mother of two is currently married to Ukrainian composer and producer, Konstantin Meladze. The two got married in 2015. They first met when Vera was the part of the all-girl group, Nu Virgos.

However, despite the past, the Ukrainian composer sure does love Vera as, during an interview, the loving husband shared that marrying Vera has changed his life completely. He shared that he admires her very much and that his wife is a very giving person.

Let's wish the couple all the very best for their future.