The 52 years old, LaVan Davis is an American actor and singer known for his role of Curtis Payne on the TBS comedy-drama Tyler Perry's House of Payne and its sequel Tyler Perry's The Paynes. Successful with his career journey since 1998, LaVan is not free from the rumors though.

Having appeared in the Why Did I Get Married?, LaVan Davis made the controversial highlights as he was rumored to be married to his Tyler Perry's House of Payne co-actor Cassi Davis. They were the on-screen couple in the series though, never made it up to the real life. So, fans are curious who is LaVan Davis married to? What's up with his relationship? Let's know.

LaVan Davis and Cassi Davis were first seen together in the comedy TV series House of Payne as a married couple. As the popularity of the series increased, the rumor of LaVan and Cassi’s marriage also increased.

Not only in that series, but they are also seen together as girlfriend and boyfriend in Madea Goes to Jail and Daddy’s Little Girls. Their onscreen chemistry has raised lots of doubts about their real-life marriage. LaVan and Cassi are frequently rumored to be married.

They were frequently seen together in public places and together they were invited as the guest in many reality shows. But, according to Cassy and LaVan, they are not married.

In August 2011, LaVan and Cassi both were invited to the television show You and Me This Morning where they were asked about the truth behind the rumors of their real-life marriage.

While LaVan eagerly told that they are married, on the other hand, Cassi denied the rumors. Thus, the on-screen couple made a dilemma.

Video: LaVan and Cassi talks about their marriage rumor

Apart from this interview, there is no any evidence to claim. And since then, neither of them has talked on this matter seriously.

Probably, LaVan joked at the interview, but the question remains. Who is he married to then? Let's know.

Also Read, Revealed: Who Cassi Davis aka Ella Payne credits as the main reason for her professional success

LaVan is a renowned actor and has appeared in thirteen different series and videos. It's quite surprising to know that the 52 years old actor is not married yet and there is no information about his marriage to date.

How can a successful actor like him be single to this date? Maybe he is in a secret relationship with somebody. 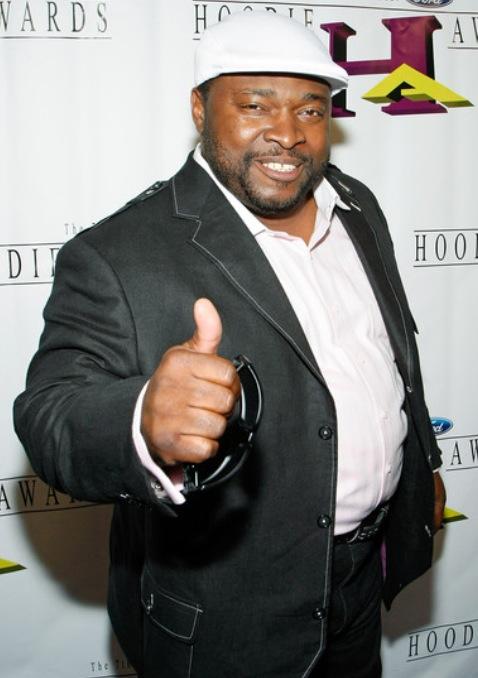 However, besides being rumored as the husband of Cassi, he is less rumored in a relationship with another other ladies.

Free from the records of past affairs, LaVan currently is not reported to be dating anyone. But who knows what the future might bring. Let's wait for the day.