Two-time Academy Award-nominated actor Djimon Hounsou was named Africa's Continental Ambassador by international not-for-profit organization Orbis. On June 4, the announcement was made during the launch of Orbis's next-generation Flying Eye Hospital, the world's only ophthalmic teaching hospital on board an MD-10 aircraft, donated by FedEx. As the Ambassador, Hounsou looks to draw attention and initiate immediate action towards the issue of avoidable blindness in Africa. Orbis is a leading global non-governmental organization. It has been a pioneer in the prevention and treatment of blindness for over 30 years. Affiliated to Orbis International, Orbis Africa is a South African registered non-profit organization. Orbis Africa works in Sub-Saharan Africa to reduce preventable and treatable blindness and visual impairment on the continent.

"We are thrilled that Djimon Hounsou, a native son of Benin and spokesperson for the Continent, has joined forces with Orbis Africa. The organic nature of our partnership will serve to amplify the impact we are able to make and increase the attention this worthwhile cause can attract," said Lene Overland, CEO of Orbis Africa.

This terrific actor has his roots firmly grounded in Africa. That is the reason why Hounsou is passionate about doing what he can to ensure the Dark Continent's children can visualize and achieve a brighter future. He believes, “If every child can better see the world they live in, they will feel empowered and equipped to change it. Restoring vision and curing avoidable blindness are arguably the initiatives with the most impact on breaking the cycle of poverty, increasing lifespan and enabling access to education.” 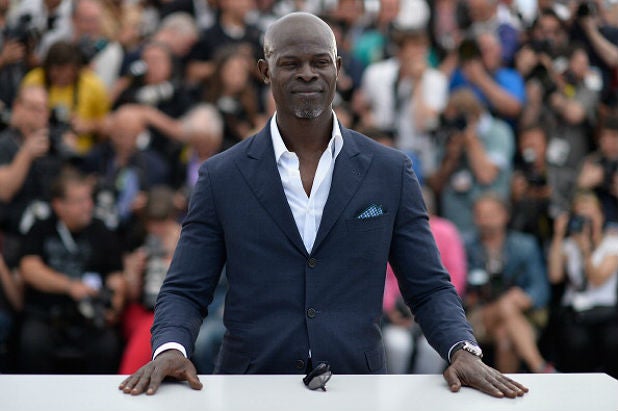 Hounsou has several hit movies to his credit like Amistad (1997), Gladiator (2000), In America (2004) and Blood Diamond (2006). He has been nominated for a Golden Globe Award, three Screen Actors Guild Awards, and two Academy Awards.

In 2007, Hounsou began dating model Kimora Lee Simmons with whom he has a son named Kenzo. Hounsou and Simmons visited Hounsou's family in his native Benin in the summer of 2008, when the two participated in a traditional commitment ceremony to solidify that they are "dedicated to each other 100%". The two, however, kept on stating that the ceremony was not a wedding. Hounsou and Simmons announced their separation in November 2012. So at the age of 52, Hounsou states that he neither had a wife or a divorce because the duo was never married legally in the States.

He is currently estimated to have a net worth of $12 million at this height of success in his career.