Frostsnow https://frostsnow.com/
Home Gossip Tulisa Contostavlos was in Relationship for two Years; Know All Details about her Current Affairs

Tulisa Contostavlos was in Relationship for two Years; Know All Details about her Current Affairs

A lot of men’s eyes are stuck on X Factor judge Tulisa Contostavlos. This news doesn’t appear as a surprise to us as the 28-year-old TV personality is enriched with beauty. Contostavlos has been in the entertainment industry for a long time. Her professional, as well as personal life, isn’t a hidden news.

Contostavlos has been in a relationship with multiple men, but one of her public relationships is with former partner Richard Rawson. The pair dated for more than two years but parted ways. Why did they break up? Who is Tulisa Contostavlos dating now? Find out here:

When Contostavlos began dating Rawson, she was on cloud nine. She was delighted with her relationship as she praised that her boyfriend was a supportive person. The pair knew each other since they were young but began dating later.

Reports say that Contostavlos and Rawson were involved in a physical relationship before dating, but things got serious between them after a while. 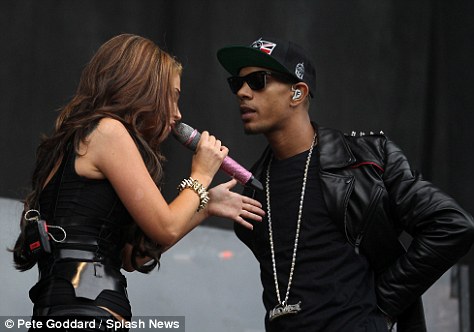 She used to praise her former partner saying:

'He's my rock- he's been there for me throughout the past few months. I couldn't be doing what I'm doing without him'

Contostavlos and her ex-boyfriend were spotted a lot together. From night outs to vacations, the couple was everywhere. Sadly, just like Contostavlos other relationships, her love affair with Rawson ended. The pair broke up in 2012.

A close source confirmed the pair’s split saying that Rawson and Contostavlos have been spending much time away from each other and more with their respective friends. Neither Contostavlos nor Rawson revealed the reason behind the split. Rather, they confirmed that there was no involvement of a third person. The source added:

'They’ve still got a lot of respect for each other, but they’ve had a very turbulent relationship.'

In 2012, Contostavlos dated Jack O’Connell and Danny Simpson. Her relationship with Simpson ended after a year. After her split with Simpson in 2013, she was romantically linked with Max George. In 2014, the former X Factor judge was in a love affair with Costa Panayiotou, a multi-millionaire playboy.

As of 2017 records, Contostavlos is possibly single. Although she is seen rather close to a guy on her Instagram, her caption shows no clue of her new date.

It seems like Contostavlos is in no rush to find a new man. She hasn’t been linked with any men lately. That makes us curious if Contaostavlos is taking a break from dating life. However, we don’t wish to see the beauty single forever. We hope that Tulisa Contostavlos will find the right man for her soon and tie the knot.