Tuba Buyukustun Finds A New Boyfriend After Divorce With Husband; Her Love Affairs And Relationship

One of the most beautiful Turkish actresses, Tuba Buyukustun, has recently become the center of attraction. The actress who made her the television debut with television series Sultan Makami in 2003 has successfully established herself as a renowned actress in Turkey.

With her beauty, magnetic personality and glamorous looks, the 36-year-old Babam ve Oglum actress, has successfully won the heart of millions and she carries more than 3.3  million followers on her official Instagram account most of which are men, and almost everyone wants her as their life partner.

But let us tell you guys that Tuba Buyukustun is already taken by someone else. Previously, the actress was married to a Turkish actor Onur Saylak. However, her relationship with him didn't last long. You might be wondering who is she dating currently?

Well, the name of her current boyfriend is Umut Evirgen, and the exciting fact is that they started dating just a few days after Tuba divorced her husband. Let's learn more about this story. Just stay with us.

Tuba Buyukustun was once married. She was previously married to a professional Turkish actor Onur Saylak. The couple got married on 28 July 2011 and got married in a lavish wedding ceremony in Paris, France. SOURCE: do you know turkey

The couple reportedly dated for long before getting married and Within a year of their marriage, the couple welcomed twins daughter to their family in January 2012, and the pair named their daughter Maya and Toprak.

You might not know, but Tuba was already two months pregnant when she tied the knot with her husband. SOURCE: do you know turkey

The couple enjoyed a happy marital relationship for five years but, unfortunately, in the 6th year of their marriage, they ended their relationship with a divorce that was finalized on 5 June 2017.

Though the exact reason behind the divorce of Tuba and Onur is not disclosed yet, it looks like they split because of the Tuba's extramarital affair with another man as it was just a couple of weeks after their divorce she was caught having an affair with a guy named Umut Evirgen. 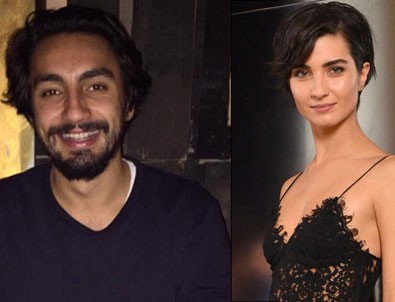 The pair was spotted while running towards the pop nightclubs in Turkey  “La Boom” and “Gizli Kalsin – Remain Secret.”

The paparazzi had captured the pair's pictures, however, then Umut Evirgen’s bodyguards attacked the cameras and then the situation went out of control, and the police arrested Umut. It looks like Tuba was cheating on her husband which led to their divorce, however, nothing can be said for sure until it is officially confirmed. What do you think? Drop your comments in the comment box below. Beautiful Lexy Panterra Is Famous For Her Twerking Videos: Her Sources of Income & Net Worth