Rutina Wesley, an American actress, is best known for her role Tara Thornton on the HBO television series True Blood and Nova Bordelon on the OWN television series Queen Sugar. 39-year-old Wesley is a divorcee who made the highlights with her divorce from her husband Jacob Fishel after eight years of married life.

Well, Wesley has pointed out herself as bisexual after she got engaged to girlfriend Chef Shonda. Are they married? Let's know all about Rutina Wesley's relationship, marriage, and her girlfriend.

The native of Las Vegas Rutina Wesley was married to her husband, Jacob Fishel in 2005.

But after spending eight years together, Wesley filed for divorce on August 16, 2013, citing irreconcilable differences. 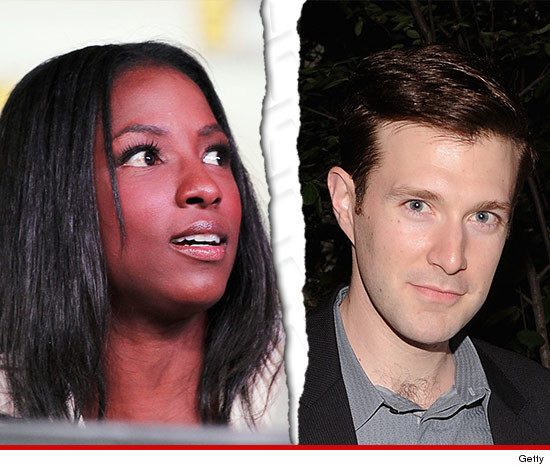 Rutina had studied in Juilliard School. While pursuing her higher studies she met her ex-husband Jacob. The two were in the same school studying the same course.

Over the period of time, they dated and fell in love which led to their marriage in 2005 after their graduation.

In a 2010 interview with Essence Magazine, Wesley told that if they can spend four years together during college obviously can spend a lifetime together. However, the storm of time can change anything.

As reported, the couple's divorce was finalized in 2014. But Wesley was a fighter and was not willing to give up her hard earned money for nothing.

She asked the judge to decline any claim that Jacob made for spousal support.

Rutina Wesley and Jacob Fishel do not have any children during their long married life. It’s probably because Rutina was at the peak of her career and it must be her desire to achieve more stopped her from being a mother.

Before entering TV series, Wesley has done a few movies but is most famous for her character in the True blood which earned her the big bucks. As for her ex-husband, is also an actor but didn’t acquire fame as much as Wesley did. Rutina is currently playing a lead character in Oprah Winfrey Network drama series, Queen Sugar, which is based on the novel by ‘Natalie Baszile’ of the same name.

#Repost @directher with @repostapp ··· "If you see someone running down the street, high-fiving and going on and on about QUEEN SUGAR that’s me. QUEEN SUGAR is one of the sexiest shows in recent memory... It’s a grown-up show for grown-ups about grown-ups who have grown-up problems — not shenanigans, not stupid misunderstandings, not things that can be resolved with one big hug." - Margaret Lyons for New York Times

Even more, Rutina has moved on from her relationship and is reported to be engaged too. Let's know in detail.

Rutina Wesley's love life has taken a nice turn as she is now reportedly engaged. Her fiance is none other than her girlfriend Chef Shonda.

Well, the couple has kept the details of their relationship beginning a secret. Shonda is a New Orleans-based culinary guru.

The couple surprised all the fans with the news of their engagement in November 2017. Furthermore, the news also made the hot story of Rutina Wesley to be bisexual.

#FromTheInsideOut You are the sunshine of my life....

The couple is yet to be married. However, none of them have shared their marriage plans meanwhile.  Probably, the happy news is not too far.