Frostsnow https://frostsnow.com/
Home Gossip Trisha Paytas Splits From Boyfriend Wilt, Found Him Kissing A Man, Her Past Affairs And Dating

Trisha Paytas Splits From Boyfriend Wilt, Found Him Kissing A Man, Her Past Affairs And Dating With 3.5 million subscribers Trisha Paytas is one of the renowned stars on YouTube. She is often termed as a drama queen and sometimes 'Taylor Swift' of YouTube. The vlogger/singer was in a relationship with boyfriend Sean van der Wilt in the past. The pair is no longer together after Paytas found out that her partner was gay. Paytas also dated Aaron Carter after that but it didn't work either.

Currently, Paytas' relationship status is single. Maybe that she is super active in the dating game right now. Paytas could be your next date guys, but you need to be careful as Paytas literally makes a video about her every date. Read more:

Paytas' relationship with Wilt is one of her most famous affairs. She left Wilt after she caught him kissing another man. Until then, Paytas had no idea that her beau was a gay. She made various hysterical videos while trying to dig his unfaithfulness, lies and the possibility of him being a gay.

On one of her videos, Paytas mentioned how she feels that she is a gay as well. She said:

Also find out if, Sean Van der Wilt is married.

Paytas also revealed that she had sex many times with both boys and girls to get over the deceive she got from her year-long relationship with Wilt. Yet, she added that she doesn't feel the need to come out as people just accuse of being an attention seeker. 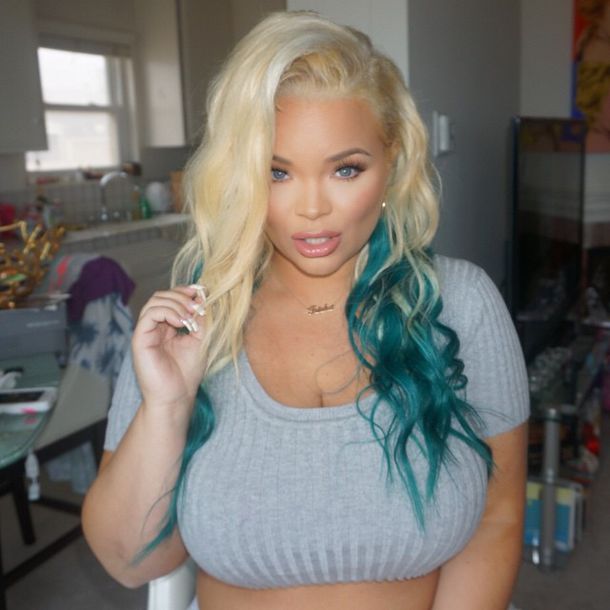 The blonde chic claims that being in a relationship with a guy doesn't give her as much happiness as being with a girl does.

I have talked about dating a girl in the past, I totally have, and the sex at the time wasn't something for me. It wasn't until recent years that I have actually enjoyed it. I don't enjoy all the aspects of gay sex with a woman.

Although Paytas' is single these days, she enjoys going out on a date. Once, she uploaded a drunk video of herself where she mentioned about meeting a random guy who made her want to fall in love. Trisha Paytas during her birthday

The 29-year-old star has been in a relationship with quite a few men in the past. She has dated Roger Bart, Anthony Michael Hall, Dolph Ziggler, Crispin Glover, Dale DaBone, Phil Varone and David Lipper.

HAPPY BIRTHDAY TO THE ONE MAN IN MY LIFE WHO NEVER LETS ME DOWN !!!!!!!!!!!!! My fucking amazing director @directorandrewvallentine ?????????? who always goes above and beyond to help me with my visions and dreams !!!!!!! I love you Andy with my whole heart. Thanks for putting up with my mood swings , organizing our crazy ideas , letting me cry out all my emotions , splitting cheesecake with me , and encouraging me to do bigger and better things with each year that passes !!!!!!!!!!!! THIS ONES A GOOD ONE !!!!!!!! can't wait for our next project, and the next after that. Another year older but another year of adventure , happy to know you my friend ??????????

Although it seems like Trisha Paytas' is lacking love in her life, she seems to be enjoying going on a random date or flirting with a Tumblr guy. In fact, her sex life is also fully active. However, we believe that she'll need someone who'll truly love her at some point in her life.