Frostsnow https://frostsnow.com/
Home Gossip Trey Songz Has A Long List Of Girlfriends, Who is he Dating Currently? Past Affairs & Dating History

Trey Songz Has A Long List Of Girlfriends, Who is he Dating Currently? Past Affairs & Dating History The popular R&B singer Trey Songz always manages to stay in the headlines whether it's about his songs or girlfriends. These days as well, people want to know who is Songz dating. Although the list of Songz past lovers is quite long, he is quite low-key at present regarding his girlfriend. We doubt that he is barely dating anyone.

Songz hasn’t been seen with anyone since his last hookup with Khloe Kardashian. If you are thinking that she was his only girlfriend, then you’re a bit wrong. The list is quite long. In fact, he even had his own reality dating show that aired on VH1. Let’s get the details about it and his past affairs:

Models battled for Trey Songz attention on "Tremaine The Playboy"

Still from Tremaine the Playboy

Despite the fact that the reality show was solely for the promotion of his then-album, it was very entertaining.

Trey Songz affair with Khloe Kardashian and other women

His last linkup was with one of the Kardashian sister, Khloe. They were alleged of being in a secret affair in 2016.

Prior to Khloe Kardashian, Songz dated Tanaya in January 2015 but the relationship lasted only for two months. In 2014, Songz dated other gorgeous women such as  Brittany Renner and Mila J.

From December 2012 to January 2013, Songz was in a relationship with Tabby Brown. He also dated model Iesha Marie in 2012. Similarly,  Alexandra Daddario was rumored to have hooked up with Trey Songz in 2011. 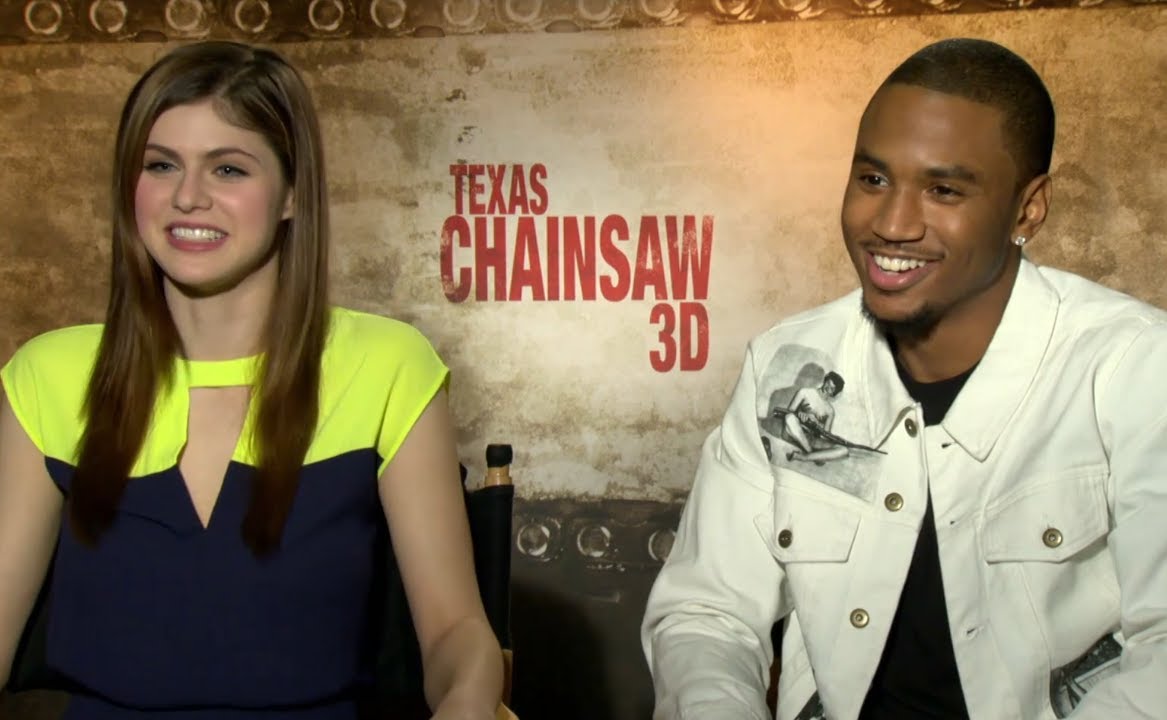 Other known relationships of Songz include one with Simply Jess. The pair began dating in November 2010, but it couldn’t move beyond September of 2011. He also dated Ciara, Keri Hilson, and Tahiry Jose before Jess.

One of Songz’ longest relationship is with Lauren London. The couple first met at Atl’s premiere in Atlanta. They began as a friend and later ended up falling in love. They began dating in May 2009 which went on and off multiple times. London was rumored to have gotten pregnant by Songz as well.

Watch how Lauren London reacted when she found out Khloe Kardashian was dating her ex:

They split in 2013 and later he talked about his relationship with her in an interview. He said:

"…I love her, I love her to death, I'll tell the whole world i love her, She was my friend before anything else. Lauren loves me like no women does. She is my friend first...has been down for me like when nobody was even checking for me, like that's the homie, I can call, we just over the years, it got stronger and we crossed the line at one point and now we're friends."

If you think that the list is over, then it’s not actually. Prior to London, he dated Drew Sidora, Necole Bitchie, Helen Gedlu, Mariah Carey, and Shenaka Adams.

It seems like Songz is taking a break from dating game as he is single at the moment. The only lady he is seen close to is his mother. We are pretty sure that Songz will find the right women at the right time in his life. Who knows his relationship might lead him towards his marriage. Best wishes! French-Mexican Actress Angelique Boyer Earns Well From Her Career; Know About Her Net Worth