Tragic end to the Married Life of Susan Moonsie and David Garfield, Know her Current Affairs

Susan Moonsie was married to American actor David Garfield, however, only after 6 years of marriage, he died. Since then, Susan Moonsie's professional and personal life is in the shadows. So is she dating currently? What about her affairs and children? Let's know.

Susan was a part of Vanity 6 in 1982 and she got romantically linked with the musician of the group Prince, full name Prince Rogers Nelson.

As reported, their love relationship started during 1980-81 while they were on a Dirty Mind Tour. After that, their dating news got quite a lot of attention from the media.

Though, the affair of the couple was not much smooth as they had an on and off relationship for a few years which tend to be the biggest problem in their relationship. 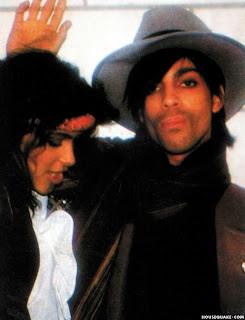 Eventually, the pair broke up in 1985, and several statements regarding their split up came in the media.

Prince states that Moonsie was cheating on him with another guy whereas Moonsie gave a similar statement about Prince cheating on her with Susannah Melvoin who is the twin sister of Revolution guitarist Wendy Melvoin.

The pair Susan and Prince also have a song written regarding their relationship which is entitled When Doves Cry.

Prince also wrote another song called Private Joy which was written entirely explaining about Susan. However, this much love also couldn't save their relationship.

After Susan had broken up with her ex-boyfriend Prince, she found her next love in David Garfield.

An American actor and film director David is best known as a son of renowned actor John Garfield. Both father and son duo is famous for their outstanding acting talent.

The couple got married on December 29, 1988. Although they do not have any child together, they were living a blissful married life. Everything was going well with their marriage until a sudden tragic incident hit them.

On November 24, 1994, David died of a heart failure. This event broke Susan's heart and was devasted.

So, is Susan dating? What about her new boyfriend? Let's know.

Well, after the death of her husband, no news of Susan Moonsie's affair or boyfriend is out.

Currently, living under the shadows Susan Moonsie is alleged to be single. Also, the marriage headlines have not flashed out for this former American singer.

forever because she loved David with all her heart and nobody has till now replaced the place of her late husband. Just because something ends doesn't mean it never should've been. Remember you lived, you learned, you grew, and you moved on.

Just like this quote, we hope Susan forgets her tragic past and move on with her life. There is so much in this world to witness. We also hope Susan finds the love of her life if that's going to help her.