Tomas Berdych is a famous face in Czech sports industry and also all around the globe. Tomas became famous in 2010 after he reached the finals of the 2010 Wimbledon championship. He is not just renowned for his game skills, but also for his charming face and hot physique. Within a short period, Tomas won the heart of many ladies.

If you are one among the many girls who has a secret crush on Tomas, then here's a sad news: Tomas Berdych is married. Yes, you read it right! Tomas is happily married to his wife, Ester Satorova. A lot of his fans want to know more about Tomas personal life which is quite behind the curtains because of his profession. Today we will reveal all the interesting facts about his married life:

Tomas Berdych's wife Ester is a 1992 born model. The famous Czech model began her modeling career in just her teen years. At present, she is signed by three modeling agencies that include one from Italy, one from Spain and the other from Malaysia. 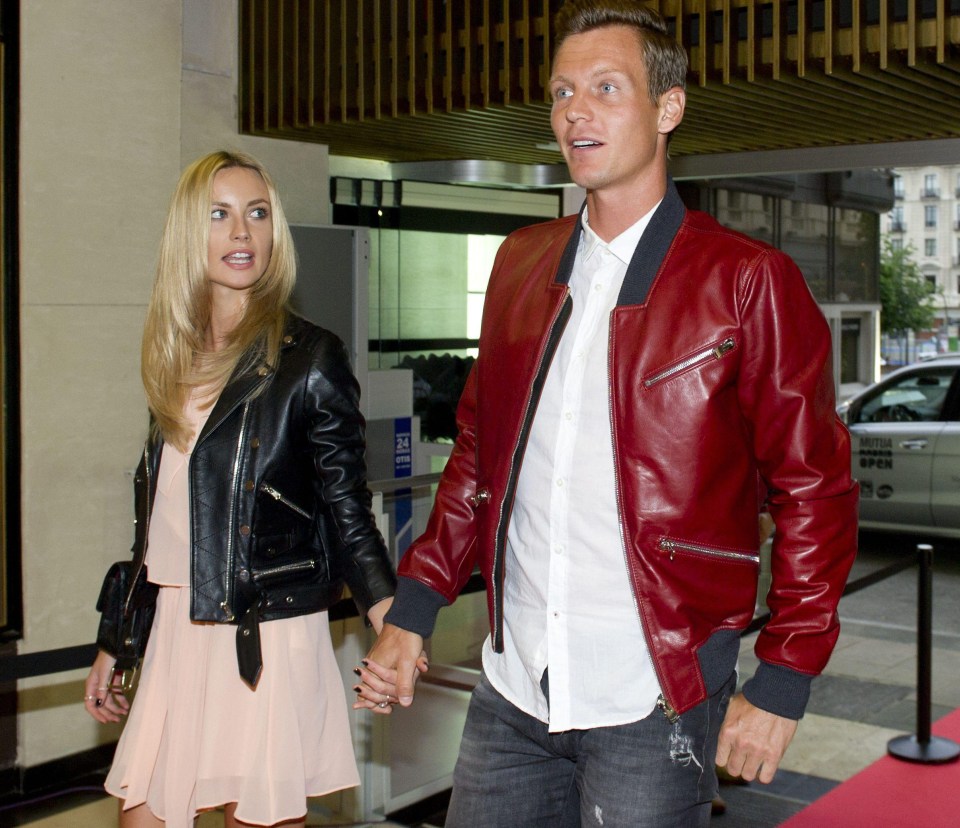 Ester met her husband Tomas when she was only 19. They first met in 2011 and began dating soon after that. Soon after Ester and Tomas started their relationship, Ester was seen in many of his tournaments cheering for him. Later, the couple got engaged in 2014.

Within one year of engagement, the couple exchanged their vows in front of 20 people comprising their close family and friends.

Tomas Berdych with wife Ester Satorova during their wedding day

Bride Ester looked elegant in her floral-lace gown which was designed by her favorite designer, Lebanese Zuhair Murad, while Tomas wore a navy-blue suit with some white flowers tucked in his lapel. We must admit that the pair looked super gorgeous.

Weekend walk with my ???? @esterberdychsatorova

Tomas Berdych and wife Ester Satorova had a very small low-key ceremony. The couple held their reception at the luxurious Le Méridien Beach Plaza in Monte Carlo, the city that Tomas calls home.

Before dating Ester, the professional tennis player was in a 10-year-long relationship with his fellow tennis player Lucie Safarova. The reason behind Tomas and Lucie's split didn't come out, but we believe whatever happened, happened for good.

Watch Tomas & Ester Berdych Play the Newlywed Game and Prove They Are the Perfect Match:

At present, Ester and her husband Tomas are deeply in love and seem to be happy with their married life. Ester supports her husband in every tournament and his tennis career.

The pair appears to share a great bond and understanding. They show no hints of divorce. Although they have no children yet, we hope to see their little one really soon.

For more updates about your favorite celebrity stay tuned to Frostsnow. 28 Years Manuela Arbelaez is Currently Single or Married, Know all the Details About Her Affairs