Julie Chrisley is an American reality TV star best known for her appearance on popular TV series Chrisley Knows Best. She is best recognized for her super mom feature on the TV series. She started appearing on the series back in March of 2014 when the show first premiered. The show revolves around the Chrisley family and their drama similar to Keeping Up With the Kardashians featuring Kim Kardashian.

Born on 9th Jan 1973, the 45-year-old is currently married to her husband Todd Chrisley, a self-made millionaire, producer, and actor who also appears on the show alongside his wife. The couple has three children who also appear on the show. 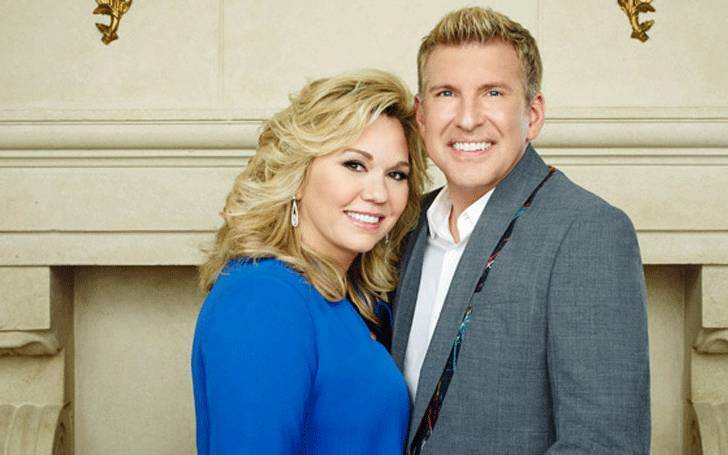 Here, we are going to share Julie Chrisley, and Todd Chrisley's not so happily married life, their children, and their past marriage.

Julie and Todd started dating back in early 1990's. The couple dated for almost six years before they decided to tie the knot. They got married on 25th May of 1996. Moreover, Julie was already pregnant with her first child Chase Chrisley when she got married. The couple has been married for the past 21 years, and people quickly assume that they have an entirely happy relationship as portrayed in their TV series Chrisley Knows Best. But shockingly it is not the case, and their relationship is very strained.

According to sources, the couple has a different relationship between them while shooting and regular days. The difference is very drastic which shows the problems they are having in their relationship.

Furthermore, sources stated that the bedtime scenes on the show are scripted and are shot back-to-back. Sources also claim that it is because of the lack of affection between them, and they can not even look each other in the eye. In fact, they barely even tolerate each other as reported.

Watch the pair in an episode of Chrisley Knows Best

Despite the problems going on in their relationship, neither of them considered divorce. They are more focused to portray the perfect family image in the series rather than splitting.

Well, the strain might be because of all the debt they are in. The family is broke even though a lavish and fascinating lifestyle is shown on the show. However, the divorce between them as of now is not happening but might happen eventually in the future.

All of Chrisley Knows Best fans know that Todd Chrisley, who is also rumored to be a gay, was previously married to his wife, Teresa Terry. The in-depth details about when the couple met or got married are unknown, but they have two children together.

They gave birth to their first child, a daughter Lindsie Chrisley, on 17th September 1989. She is now 28-years-old. Their second child Kyle Chrisley was born on 29th August 1991. He is 26-year-old and is also the father of Chloe Chrisley. 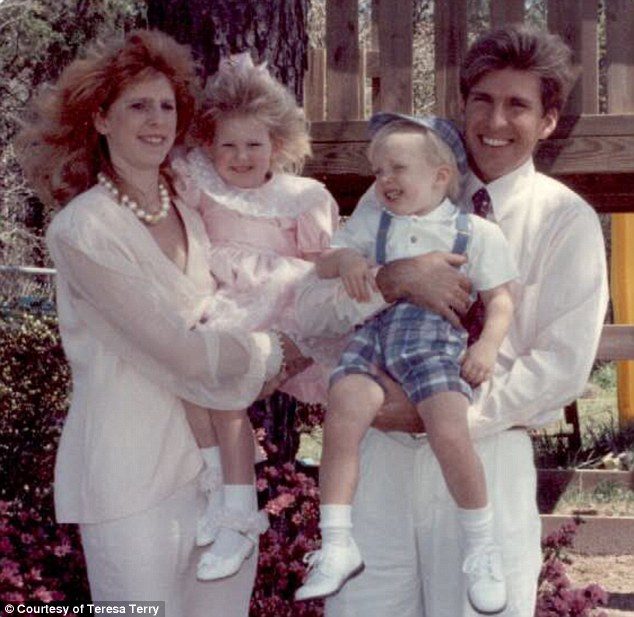 People know about Todd's first marriage, but not everyone knows that mama Julie Chrisley was also married beforehand.

According to sources, Julie was just 18-years-old when she got married to her first husband, late Kenneth Wayne Childress, a pipefitter. He was 24-years-old during the time they applied for a marriage license on 13th March 1991. Their marriage was officialized on 15th March 1991.

Happy birthday to the love of my life @juliechrisley , I am forever blessed that God brought you to me , you changed my life and continue to do so each day , I stand in awe of who you are and the kind of woman you represent , My heart belongs to you always . Through this life and the next , we will always be holding hands ..

Moreover, sources claim that the relationship did not last very long as she started dating her current husband Todd by 1992. She does not have any children with her ex-husband who died on 27th November 2012.