Toby Stephens and Anna-Louise Plowman are one of the most talked Hollywood couples! The pair got married in 2001 and shares three adorable children: two daughters and a son. Toby and Ann have enjoyed the 17th anniversary of their marriage and are still together.

Toby Stephens, an English actor, has appeared in both Hollywood and Bollywood movies and is known for the James Bond film Die Another Day (2002) alongside Pierce Brosnan, Halle Berry, and Rosamund Pike. 49-year-old Stephens along with a net worth of $5 million is enjoying a healthy married life. Want to know more about their love affair, married life, and children? Let's know.

The two lovebirds; Toby Stephan married Anna-Louise Plowman on September 15, 2001, in London after years of dating.

His wife, Anna-Louise Plowman, meanwhile, is a gorgeous actress who has given her notable roles in Black Sails and Dalek alongside the stars Hannah New, Luke Arnold, Jessica Parker Kennedy, and Tom Hopper. As reported, Toby and Anna after dating for eight months started living together in 1999. Though, the details on their engagement and relationship beginning details are not disclosed.

It's been over seventeen years of their marriage, and the love and passion for each other are rapidly increasing. There is not even a single rumor regarding their extramarital affair, divorce or controversies.

Moreover, the couple is the parents of their three children.

After six years of their marriage, the pair welcomed their first child in May 2007. He was a baby boy, and the pair named their son Eli Alistair Stephens.

One of the renowned British Playwright Simon Gray (who penned Japes, a stage play, and Missing Dates, a radio drama, both of which starred Stephens and died on 7 August 2008) was reportedly the Godfather of Eli. Toby Stephens and Anna-Louise Plowman with their children  Source: whosdatedwho

Exactly after a couple of years of the birth of Eli, the pair became parents of a daughter in May 2009 whom they named Tallulah Stephens. After a year, in September 2010, these two lovebirds welcomed their third child and second daughter, and they named her Kura Stephens.

In 2012, Anna and Toby performed together as Sibyl and Elyot in Jonathan Kent's revival of Private Lives for the Chichester Festival, reprised at the Gielgud Theatre in 2013. 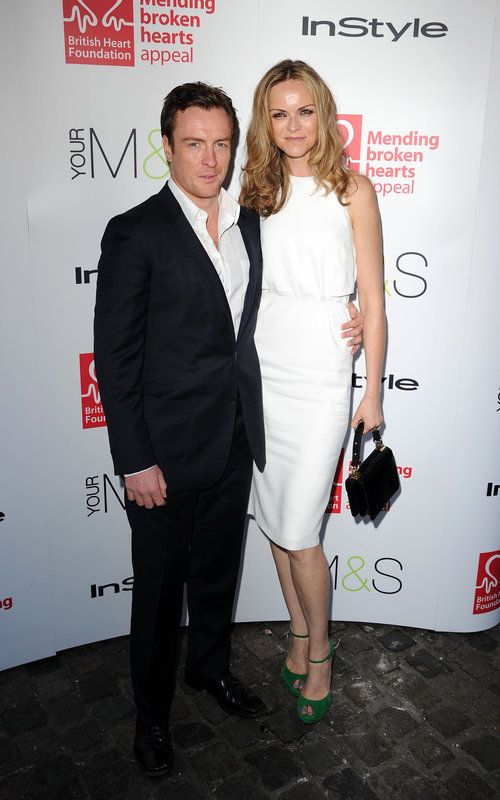 We wish them all the very best for their future, and we hope they never have to face any difficulties in life. Hollywood Actress Nafessa Williams' Family Life and Affairs: Who Is She Dating At Present?