Frostsnow https://frostsnow.com/
Home Gossip The Reason behind the break up between Megan and Tiffany. Know their dating history

The Reason behind the break up between Megan and Tiffany. Know their dating history We often hear love stories of straight couples and idealize them as a perfect pair. However, we don’t generally hear about a homosexual pair, but whenever we do, their love and compassion make us go aww. Among the few homosexual story, today, we have brought the news about Megan Marx and Tiffany Scanlon.

Everyone knew that Megan Marx and Tiffany Scanlon were crazily in love. The lady pair who met on the set of ‘The Bachelor’ were a lot of homosexual pair’s couple goal. Sadly, they aren’t together anymore. Do you wanna know what was the mistake that led to their split? Of Course, you want to. Let's dig a little deeper.

Marx and Scanlon met on ‘The Bachelor’ where they both appeared as a contestant. Even though they both competed for Richie Strahan, they began dating officially in October. Sounds silly? It's not.

Marx and Scanlon’s relationship was going well to such a level that they even got designated as ‘The Couple of the Year’ by Maxim magazine. Sounds great. But, every good thing has an end and so did their relationship. Surprisingly enough, the couple parted ways.  Let's know the story.

The real reason behind Megan Marx and Tiffany Scanlon breakup

Nobody knew why the pair broke up until Scanlon revealed the real reason in her long blog post. The post is titled as ‘The time I paid the price for fame’ and she even shared that the fame wasn’t worth it. She also revealed that the high media interference in their relationship caused it to dissolve. 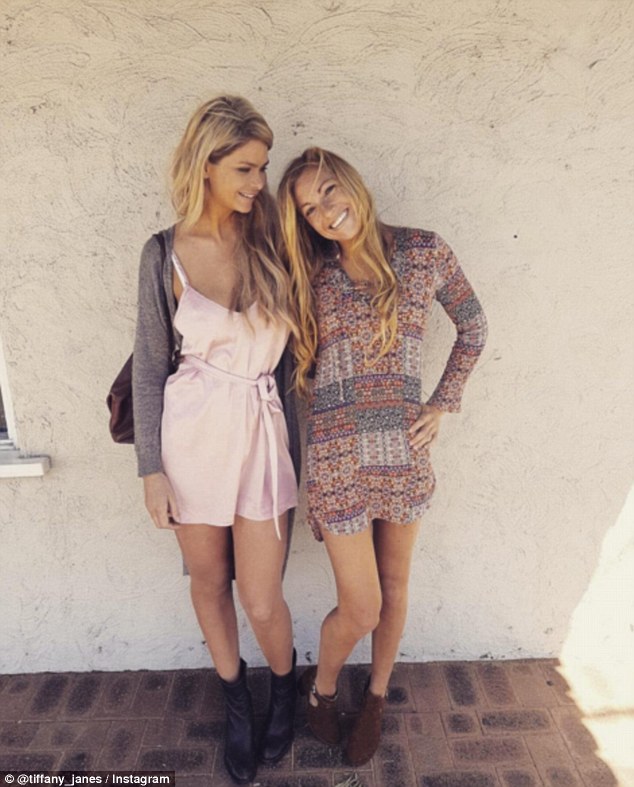 Scanlon and Marx were flooded with positive messages and best wishes when they went public about their affair. They had a lot of people on their side who were a same-sex couple supporters. That’s why they decided to live more publicly.

Scanlon revealed that they got higher negative accusations than supporters. She said that she got tired of:

“Strangers grabbing at us for pictures, not even introducing themselves or talking to us, men asking for threesomes, people accusing us of faking our relationship.”

Scanlon admits that she can handle stress, but not when it exceeds her anxiety level. When the pair moved to Bali to start their life, Scanlon started getting panic attack accompanied by anxiety.

That is when they both realized that they both were unhappy. They decided to part on mutual understanding as they found out that they lost their sense of self.

I did in fact end up turning off the comments in my post last night (MAXIM). After some thought, this was cowardly of me and I apologise. The last thing I want or support is censorship- is others not being able to voice their well-thought out opinions and democratically discuss. Admittedly it has become hard to accept that my Insta page has, in a way, lost its original ownership -me me ME -dictatorship has been overthrown ??wahhhhh! I do want the comments section to be a space where you and your community (with still, respect) can nut out issues around sexuality, love and life, without feeling attacked. I will of course, also hold the right to say how I think and feel. Some of the comments from last night which I originally saw as negative, actually did make me pause and think. Some of you think that the cover fetishises lesbianism- I do get that (hey, I fetishise it too I guess-I like women!) and your voice has a point. At the same time I wanted to note that Tiffany and I aren't specifically trying to break down the mysogynistic attitudes of men, we are trying to increase the normalisation of desire and love in any form- and conversation (sometimes controversial conversation) is a massive step in making those who were unaffected, disinterested and without any kind of knowledge- think about and create ideology that could change the future. Sometimes I forget that once upon a time, I was the religious nut with terrible and harmful ideas- and even though I am still human and still learning, I have changed and grown- and that is due to non-pushy ideology slowly turning me to the light. I know the marriage stuff. I was 18 when I legally entered a marriage union, not long after I got my braces off. It was cavalier love, and I don't want to downplay or regret that. But I get what it all means now, when I couldn't fully understand it then, and because of that I fucked it up considerably. I want discourse to increase, not be shut down around why love should be the thrust of marriage (seems a no brainer). Some people have been fighting the fight that I am new to for many years, and I want to respect that.

The truth is, revealing the relationship to the public cost Scanlon a lot. We agree to it and so does Scanlon. We know people should mind their own business and accept one's reality and not interfere in their personal choices but unfortunately, that doesn't happen most of the time.

So, now you must have got the reason behind their break-up. This is why and how Megan Marx and Tiffany Scanlon broke up even though they looked like they were made for each other. Sadly, we couldn’t see them getting married to each other, but we hope that they’ll find the right one for them soon. Best of Luck to both of them!