Frostsnow https://frostsnow.com/
Home Gossip The 42nd President of the United States Bill Clinton: His Net Worth and Properties

The 42nd President of the United States Bill Clinton: His Net Worth and Properties William Jefferson Clinton, widely known as Bill Clinton, is an American politician and the husband of Hillary Clinton, who ran in 2016's presidential election against the current U.S. President Donald Trump. Clinton is also a former president of the United States. He served as the 42nd U.S. president beginning from 1992. However, the time he served as the President of the U.S. was not very smooth. He gained a lot of backlash because of some of his actions.

Nonetheless, the 71-year-old, who is the third-youngest person to become a U.S. president, has been awarded the highest honor that his country bestows upon a civilian, the Presidential Medal of Freedom. He was honored with the medal back in 2013. Meanwhile, talking about his net worth, he has an estimated net worth of $80 million.

The Clinton empire is one of the biggest names in American politics. So, here we are going to talk about the 42nd U.S. president's earnings, salary and properties, among others.

As mentioned above, the estimated net worth of politician Bill Clinton is $80 million. However, some reports indicate his 2016-2017 net worth to be a more modest $75 million. According to sources, he has an annual income of $5.3 million and a monthly salary of approximately $441 thousand.

Taking a closer look at his earnings and income, he, along with his wife Hillary, makes 60% of the income from speeches. Together, their earnings from speeches exceeded $10.6 million in 2017. According to Forbes' 2016 report, the pair made around $240 million in 15 years through paid speeches, book writing, and business consulting. The Clintons paid a massive $3.6 million in taxes back in 2015.

I'm so proud of my wife, Hillary, for coming so far. Let's hope she wins the 2016 presidential election! Join the Clinton Campaign now. #2016presidentialelection #clintonforpresident #hillary2016

Apart from his income through public speaking, his biography titled My Life, published in 2004, earned a massive $15 million.

Life has not been so smooth and luxurious for Bill Clinton and his family throughout the decades. After the end of Clinton's presidency, after he had to move out of the White House, the family was broke and drowned in debt. The main reason behind it was the large legal fees incurred while they resided at the White House.

Hillary Clinton shared that they had no money and they had to struggle a lot to manage money for mortgages and their daughter's education. She also added that Bill had to work harder to make money to pay taxes, debts and take care of his family.

Watch Bill Clinton Give a Speech at 2016 Democratic National Convention

The family was able to overcome the hurdle through paid speaking. As mentioned above, the Clintons' 60% of income is through their paid speaking in numerous countries. According to Forbes, the Clintons made a massive $230 million after they left the White House through these engagements alone.

Moreover, their Clinton Foundation also has a lot to do with their increased income. Even though the foundation claims that the Clinton family does not profit from it, reports have claimed that there are links between Bill Clinton's wealth and the Foundation.

Initial claims said that the family worked 20-35 hours a week for the foundation and took no salary in exchange. However, a later memo revealed that the foundation's donations were being used as an aid for Bill during his days in the White House.

Currently, Bill Clinton and his family reside in a mansion located in Old House Lane, Chappaqua, N.Y. Bill bought the house back in 1999 and the estimated price of the mansion is $1.7 million. The Dutch colonial-style house features 11 rooms and has a massive swimming pool. According to reports, the Clinton family spend most of their free time at the house and they also host Thanksgiving parties there. 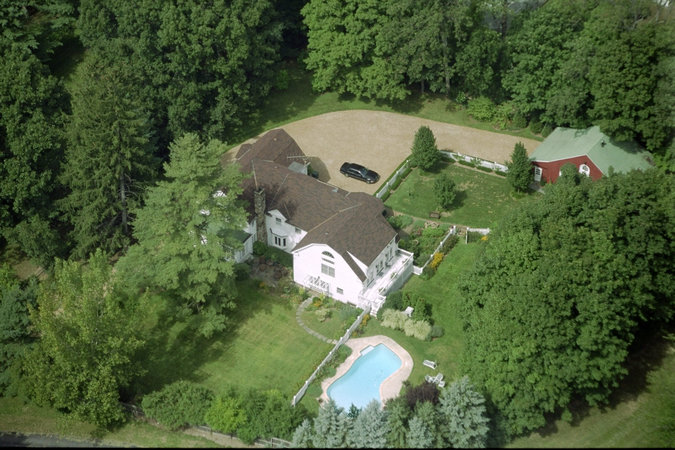 Back in 2016, the family bought a neighboring house for a massive $1.16 million. The house covers 3,631 square feet and features 3 bedrooms, 3.5 bathrooms and a swimming pool, among other amenities.

Another real estate owned by Bill Clinton is located at Whitehaven Street, Washington. Bill bought the house back in 2000. It covers 5,500 square foot and has 7 bedrooms, a pool, terrace, a den and comes with a price tag of $2.85 million. 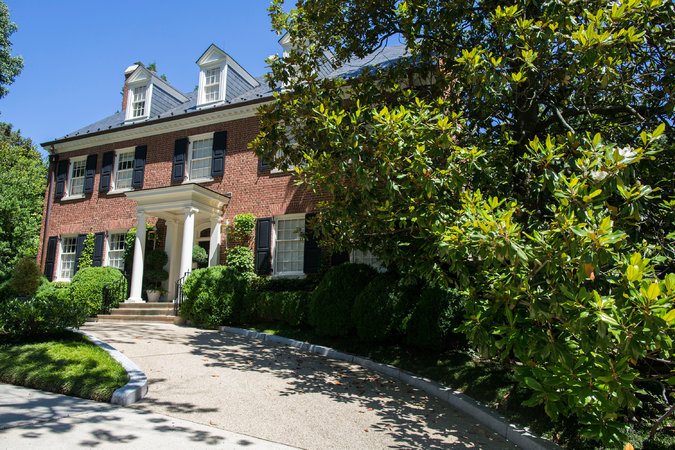 Furthermore, the family is also known to live in an apartment located on President Clinton Avenue, Little Rock, every now and then. They bought the apartment in 2004. Mr. Clinton is known to visit the apartment and redecorate it with the memorabilia from his days as a president.

The Clintons are one of the most workaholic people in the world. So the days they decide to take a leave, they like to make it big and spend some big bucks. With the increasing number of Clinton houses, Bill also loves to rent some exquisite houses during his vacation period.

Meanwhile, talking about his cars, Clinton owns a 1967 Ford Mustang Convertible. The ice-blue car with white interior was certainly a collector's item and is worth more than $37 thousand.