ITV journalist Ben Shephard is married to his wife Annie Perks. Husband Shephard and wife Perks have been married for a very long time. Even though Shephard’s and Perks’ relationship has lasted for such a long time, he is sometimes caught flirting on-screen with his co-host Susanna Reid.

Let’s find out more about the personal dating affairs and the married relationship of the SKY sports journalist, Ben Shephard.

Also Read: Is Charlie Stayt Married to Susanna Reid? what about their married life and relationship?

Ben Shephard tied the knot with wife Annie Perks on 25th March 2004. Annie is the mother of Shephard’s two sons. Besides, Shephard is also the godfather of Ella Williams. 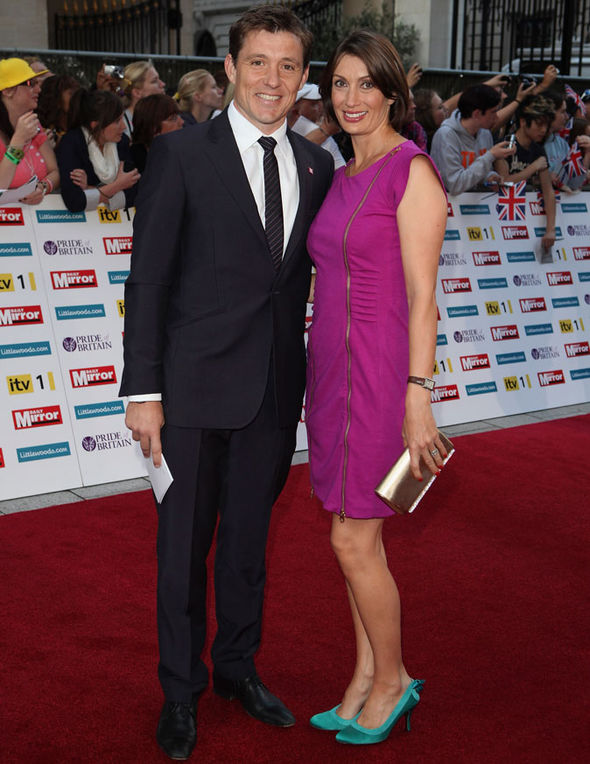 The TV host's children are borth sons. One of them is named Sam Shepherd while the other is Jack Shephard.

Despite being married for almost 13 years, Shephard is sometimes found flirting with Susanna Reid, his co-host. Reid who generally uses flirty interview technique, once said that Shephard is her dream man. 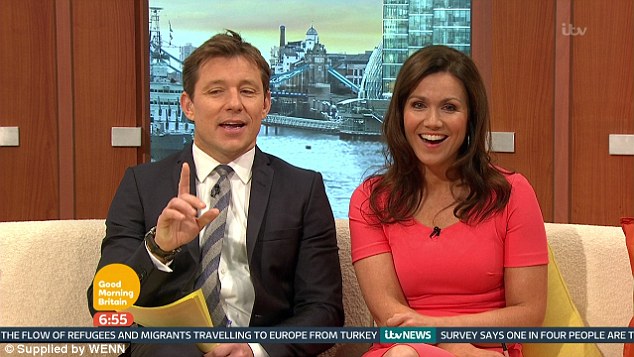 Yes, you read it right. She said that Shephard is the hero of literally everyone and in fact, he is her dream man, but sadly he’s married. She also added that the whole thing is off the agenda because he is married.

To this, Shephard replied that being married never bothered him until that particular day. Their conversation quite shocked the audience.

Ben Shephard and Susanna Reid were mistaken to be married

Moreover, singer Carrie Underwood also mistakenly thought that Reid and Shephard were a married couple during a ‘Good Morning Britain’ interview session. When Carrie asked if they were one of those households, both Reid and Shephard laughed awkwardly.

However, Reid corrected her saying that they were not married and Shephard also added saying that sometimes it feels like he is married to Reid. 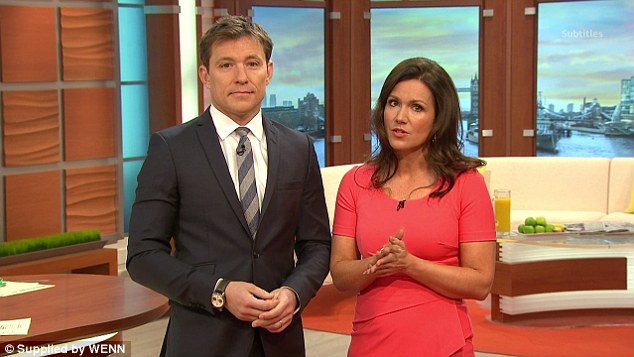 Carrie very cleverly termed Reid as Shephard’s work wife at the end of her interview.

Despite being such a busy reporter, Shephard generally takes out time for his kids. Shephard, who is very active on his social media such as Instagram, once posted a very adorable photo where he is seen watching TV while in bed with his boys on a Saturday morning.

See it for yourself:

Shephard seems to be quite good with children as he also posted a photo of his nephew and niece. According to his caption, he had to spend a week with them. Isn’t he such a family guy?

We've rented these two for a week (niece and nephew) reminiscing what it's like to have little ones - was getting broody till a nappy exploded!! #nappygate #kids #family #daddydaycare

Even though Shephard gets involved in quite awkward moments time and again, it seems like his wife Perks is a very understanding and supportive lady. That might be the ultimate reason behind their long and lasting marital relationship. There are no rumors of divorce between Shephard and Perks.

Also, see: Who Is Susanna Reid Dating After Divorce With Her Husband? Know About Her Married Life & Affairs

What do you guys think about Shephard and Perks’ relationship? We wish this beautiful couple maintain their happy married life and continues to support each other.