Teen Mom OG's Maci Bookout Opens Up About Her Past Affairs, Currently Married to Taylor McKinney

The ‘Teen Mom’ star Maci Bookout might appear confident, wise, fearless, collected and self-assured, but she wasn’t all those from the beginning. She had to pass through various things to become the strong woman that she is today. She revealed all about her experiences in her latest book ‘I Wasn’t Born Bulletproof’ which released this week.

Her former relationship with ex-boyfriend Ryan Edwards caused her teen pregnancy. Although it might seem simple, Maci had to deal with a whole lof of things regarding her toxic relationships. The things that are revealed in her book is rather shocking. Read the full article:

In her new book, Maci writes that her relationship with Ryan ended to be her most painful breakup. It was one of her those relationships where she hadn’t given so much of her efforts, but still, it led to a teen pregnancy. 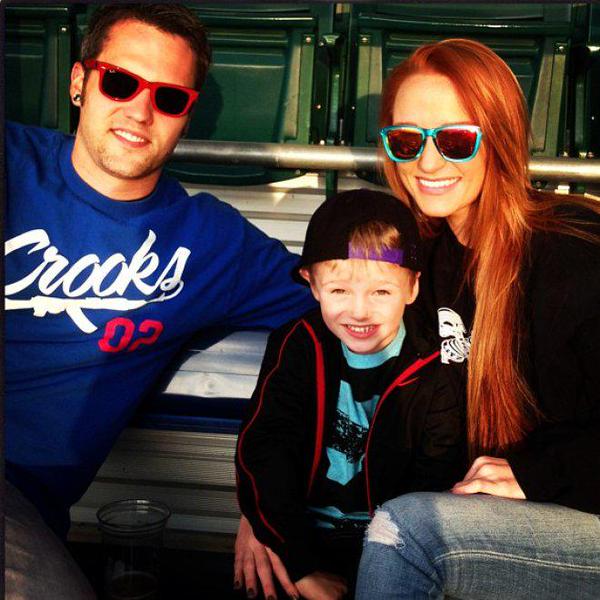 Maci thought to herself that she has to make it work anyhow, which is why she revealed she ignored a lot of red flags. She further wrote:

“It was my second love and my most toxic relationship. When it finally ended it was painful, but I also felt a sense of relief that the relationship was over.”

The separation felt good for Maci only after a year of disconnection from Ryan. However, they just didn’t leave it just like that in the first. They tried a lot to make it work.

The pair thought that staying together was the right the right thing for their son, Bentley. But, later they realized that it was better to stay apart for the sake of their child rather than being together.

After the split, Maci and Ryan haven’t been together, and they surely moved on. Maci dated Kyle King, her childhood friend, after separating with Ryan.

Although Maci and Kyle lived together, they separated in 2012 after Kyle was found cheating on her.

After that, Maci dated Taylor McKinney. She gave birth to Taylor’s first child, Jayde Carter McKinney on 29th May 2015. He proposed Maci on 19th January 2016 in Venice Beach, Cali.

Eventually, Maci became pregnant with McKinney’s second child, Reed McKinney to whom she gave birth on 31st May 2016. The pair got married on 8th October 2016.

Maci became a teen mom which isn’t a simple thing and she stood for it. She might have failed at multiple relationships, but at the end of the day, she found the right man for her. Her story inspires us to never give up. Well, you might want to grab her book to find more inspiring stuff.

Is Chris Wylde Happily Married To Shilpa Shah? Details On Their Relationship, Affairs And Children