Tana Ramsay's Husband Gordon Ramsay's Net Worth In 2018: His Salary, Career and Awards Gordon James Ramsey, professionally known as Gordon Ramsay is a celebrity chef, TV personality, and a restaurateur based in Britain. Best known for being ruthless and on-the-face on his TV shows and even in real life, the chef owns more than two dozens of restaurants throughout Britain, America, and other countries. As a TV personality, he is best known for his appearance on TV shows like Hell's Kitchen, Master's Chef America, Hotel Hell, The F Word and many others.

It’s #fishandchips time at @bsksingapore !! So happy to be back in #Singapore

He did not make the hefty net worth out of nothing. He is a very hard working man, and here we are going to talk about his net worth, salary, career, and awards.

Gordon Ramsay net worth and salary

As of 2018, Gordon Ramsay has an estimated net worth of $175 million which is no less than any A-list celebrities in Hollywood. In fact, back in 2015, he earned a staggering $54 million which was equal to Queen B Beyonce. And as of 2016, his earning of the year according to Forbes was $60 million. The father of four has been ranked no 24 in Forbes' Celebrity 100 list. And in 2017, he was also ranked 26th in the list of highest paid celebrity.

His major source of income is his career in the culinary world and on TV. Looking at his net worth, many might assume that Ramsay's kids might be living the life of a King but in reality that is not it. Ramsay being the badass as always, he shared that his kids will not be inheriting any of his money and that they will have to work on their own.

The swearing chef has a very good sense of humor. On 31st December 2017, the chef posted a picture of his two kids Holly and Jack Ramsay and wished them a Happy 18th Birthday. He also added that they could officially move out of his home now.

I’m so happy for these two peas from the same pod.....Happy 18th Holly & Jack you can officially leave home now....... love you dadxxx

Know more about his relationship with wife Tana Ramsay

Moving on, the majority of his net worth is his investments in more than two dozens of his restaurants which range from one to three Michelin stars and have won numerous awards. Apart from the restaurants, he owns a gorgeous house worth $6.75 million in Bel Air, LA. 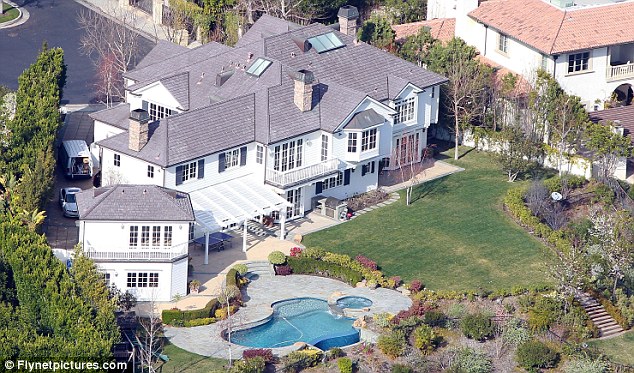 Moreover, in 2017, he spent a jaw-dropping $5.7 million to buy a house in Cornwall as his plan of bulldozing 20 houses and building a mansion in Cornish village was being carried out. 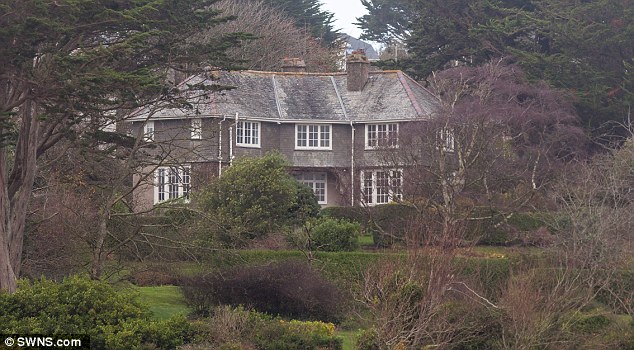 Talking about his cars, Ramsay is a Ferrari lover. He is known to drop to a Ferrari dealership and buy a new one as normal people go to the grocery to buy supplies.

In 2015, he spent $2 million to buy a limited edition hybrid Ferrari LaFerrari. Other models of Ferrari he has bought are Ferrari F12 Berlinetta worth $400,000, Ferrari 430 Scuderia which he later sold at a loss of $71,262, Ferrari 612 Scaglietti, Ferrari 458 Italia, and a Ferrari California T. 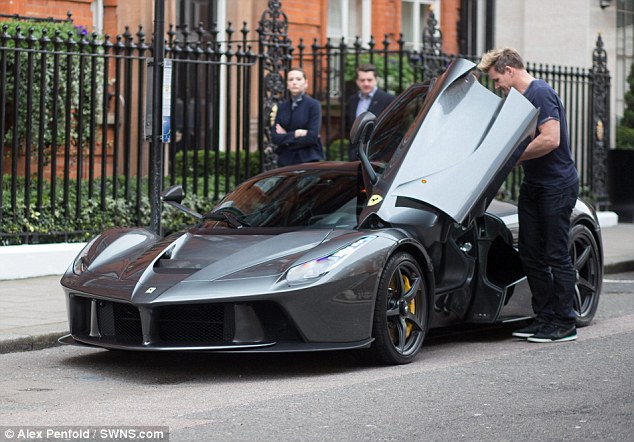 Despite being an avid Ferrari lover, this collection is not limited to Ferrari. He also owns a Bentley Continental GT, and not long ago, he was spotted checking out a Fisker Karma owned by Justin Bieber.

It might seem like Ramsay spends money on luxury cars and loves it. Yes, he does but he is also a very kind man, he has done many generous things to people throughout the years. Back in 2017, he offered to pay for a 19-year-old  Masterchef contestant Gabriel Lewis, his culinary school and even offer him a job at one of his restaurants after his course is over.

Moreover, recently, Ramsay blew up the internet after he revamped the entire house owned by one of Hell's Kitchen's winner Christina Wilson, whom he also hired at one of his restaurants.

During the initial stage of Ramsay's career, he has no interest in the culinary world; he was a football player. He played football from the age of 14 but quit after he was injured.

Later in 1993, after he returned to London, he was offered the position of head chef at La Tante Claire which is a Three Michelin star restaurant. He worked at numerous restaurants but gained attention of the media after he appeared in 1998's documentary Boiling Point.

After the debut, he appeared on numerous TV shows like Hell's Kitchen, Faking It, Ramsay's Kitchen Nightmares, The F Word, Hotel Hell, India, Gordon's Great Escape and many others. He also has numerous cookbooks which are a massive hit in the market.

London, Singapore, Sydney, Melbourne, Las Vegas, Los Angeles........ Done ! In 14 days we’ve launched #ultimatefitfood & #royaldoulton in Australia, visited with the team at #masterchefau, launched #grhellskitchen and took a quick ride on a #zwift wih @will_usher_precision_coach. What a blast !! We’ve had 25,000 covers booked in our new #grhellskitchen restaurant in Vegas ! Thank you all. Right, now back to see how our new state of the art kitchen is coming at #restaurantgordonramsay. Can’t believe we’re celebrating 20yrs this year ! Time flies when you’re creative

Being one of the most successful chefs in the world, he has won numerous awards to date. In 2006, he was awarded honor of Officer of the Order of the British Empire by Queen Elizabeth II.