The love affair of Taylor Swift's squad was blossoming a month before Valentine's Day. It was not just Selena Gomez who had begun dating The Weeknd, but also Suki Waterhouse who was seen getting close to Diego Luna. Even though it has been a couple of months, Waterhouse's relationship with alleged boyfriend Luna is going pretty well.

The couple is often seen hanging out, dating and enjoying. Recently the couple was caught strolling around in New York. Get the details here:

Suki Waterhouse enjoying day out in NYC with Diego Luna

Waterhouse and her increasing closeness with alleged beau Luna made people talk for the first time in January after they were caught snuggling in a holiday in Mexico. The pair made their fans' suspicions stronger when they were spotted enjoying, as they set their foot on NYC street together.

Do you know that Deigo Luna runs a non-profit organization? Find out his net worth here. 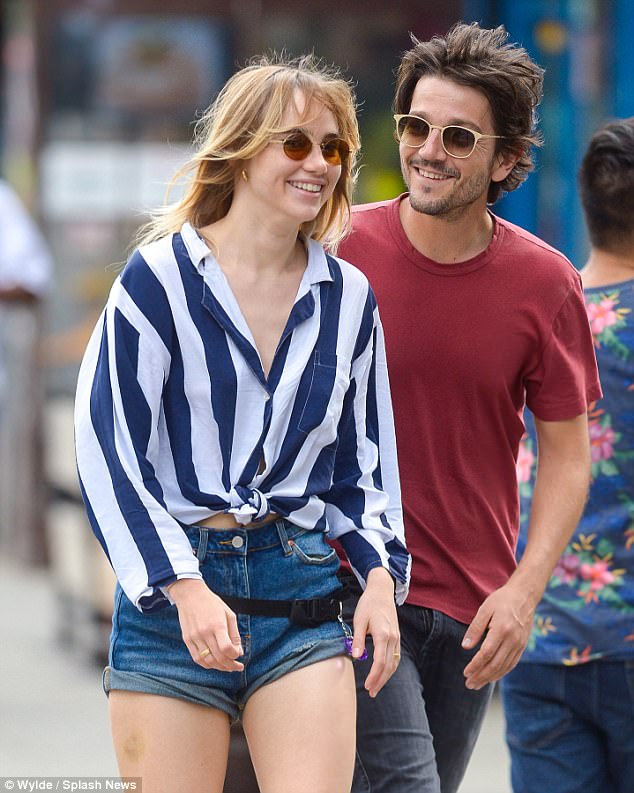 There is only a slight chance that people around didn't notice Waterhouse as she looked charming in a cropped striped shirt which flashed her mid-riff perfectly and denim shorts. Her top was tied in the front which gave us a slight scene of her perfectly shaped abdomen. Similarly, her partner was wearing a maroon top and jeans. They both were wearing sunglasses and had big smiles on their faces. 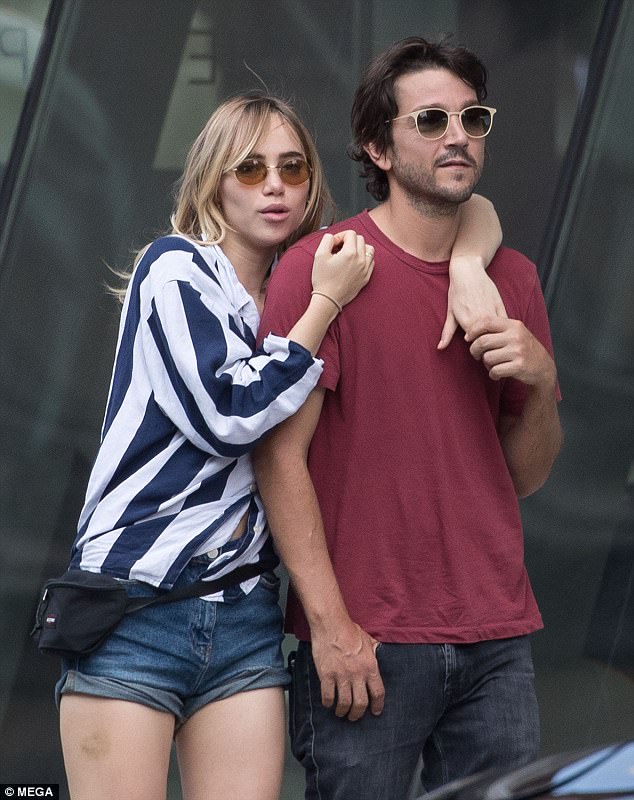 Waterhouse and Luna's chemistry makes us believe that there's something fishy going on in between them despite the fact that they have never confirmed their affair(if it exists!).

Formerly, Waterhouse was in a most talked relationship with Bradley Cooper, 'The Sexiest Man Alive". They dated for two years before parting ways in 2015. Although the ex-couple didn't reveal the real reason behind their split, a close source told that at that moment, they both wanted different things. Even though they loved each other, Waterhouse chose to focus on her acting career rather than getting married and becoming a mom.

Diego Luna married and divorced once

Luna married once in the past. Formerly, he tied the knot with his ex-wife Camila Sodi on 5th February 2008. They welcomed a son named Jerónimo on 12th August 2008 and a daughter named Fiona on 1st July 2010.

Watch Suki Waterhouse and Diego Luna Pack On The PDA:

Yet, Luna's marriage with Sodi lasted only until March of 2013 as that is when the formerly married couple parted their ways.

Even though Luna and Waterhouse closeness and rumored speculations make us think that something is going on between them, we cannot confirm anything unless the pair accepts their relationship by themselves.

Find out more about Suki Waterhouse relationship and dating details.