It's one good feeling when you become a parent for the first time, and when you are married to the love of your life the happiness doubles. Siobhan Donaghy and Chris McCoy enjoyed both of these moments. The pair who is married since 2013 recently welcomed their first child together.

Siobhan Donaghy is a popular British singer-songwriter who is best-known as a founding member of girl group the Sugababes and Mutya Keisha Siobhan. Her husband, Chris McCoy, meanwhile, is a sailor.

Imagine how happy they might have been when they became a parent for the first time. Let's learn this story in detail. Just stay with us.

As we mentioned earlier, the singer Siobhan recently welcomed her first child together with her beloved husband Chris McCoy. Siobhan announced the birth of the child through an Instagram post in which she revealed the gender of the child as a baby boy and the due date of the baby (13 August).

The birth of the child was not too much surprising for the audience as the Revolution in Me singer already had announced her pregnancy in April as she shared a picture of her showing her baby bumps through a post in Instagram.

Working on a little something for the summer

In addition, the gorgeous singer already showed her desire and excitement to be a mother in late 2016 as she made an announcement of the being an aunt through an Instagram post that featured Siobhan holding her niece. Check it out.

Siobhan And Chris Got Married In A Romantic Intimate Ceremony

Their wedding was announced by Keisha through a tweet that featured a picture of her with Siobhan with a beautiful caption;

The most beautiful bride I've ever seen! Siobhan I'm so proud of u, Love u 2 bits! Chris ur amazing! Mr & Mrs MCcoy! 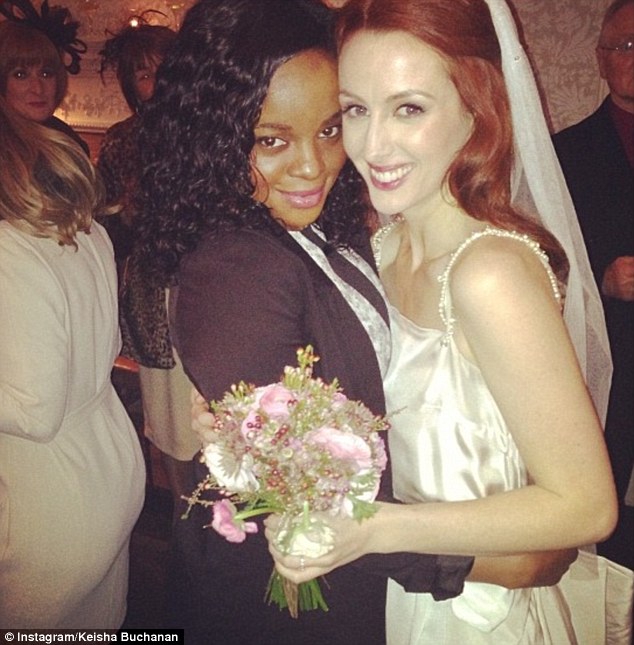 When a fan asked if she would be selling photos of her big day to a magazine, Siobhan replied:

It's a very small & private event. But I'm super excited now. I'll share a picture from the day further down the line.'

Later after over a week of their marriage, on 25 January 2013, Siobhan herself shared a wedding picture of her on Instagram. Check it out.

We wish Siobhan, Chris and their latest addition to family all the very best for their future.