One of the greatest scientists of the 21st century, Stephen Hawking recently passed away on March 14, 2018, living behind two ex-wives, three children, and grandchildren. As of 2018, the late physicist had the estimated net worth of around $20 million. The net worth of his wives are unknown and it hasn't been revealed whether Stephen had left any will for ex-wife Elaine Mason, Jane Wilde, and his children.

Elaine and Hawking were married for 11 years, from 1995 to 2006. During his second marriage with Mason, Stephen had declared, "It's wonderful – I have married the woman I love." But unfortunately, the love didn't last for long. Previously, he was married to his long-term girlfriend Jane Wilde and had three children, including Lucy with her. 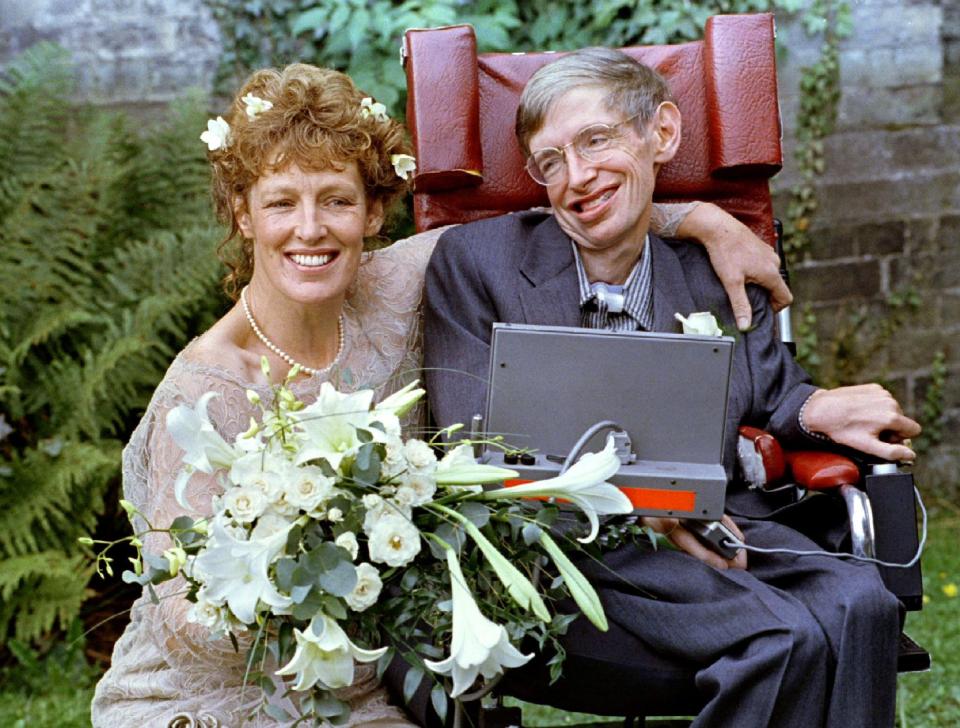 After the brief preview of her marriage, now let's find out more about Elaine Mason's net worth and properties.

It was popularly known that Hawking was suffering from Amyotrophic Lateral Sclerosis and ex-wife Elaine was one of the nurses hired for his care. She worked at an orphanage in Bangladesh.

Following the marriage in 1995, it is not known whether the professional nurse continued her nursing practice. Furthermore, Elaine has not declared about what she is currently engaged in.

Talking about monetary value, Elaine's net worth hasn't been declared. Mason owns £2.58 million worth house with her late husband. The chalet-style house is located in Newnham, Cambridgeshire.

Some critics claim that Elaine left her former husband David and two sons to marry the ninth-richest scientist in the world only for his money. Hawking's daughter Lucy told Vanity Fair,

“I mean, at some point you ask yourself, Is it really worth it? I mean, the pain and the struggle we’ve been through, if this all turns out to be about money, well, then — she can keep it and I hope she chokes on it.”

It is believed that Elaine got huge sum as a divorce settlement. But the figures of the alimony received by Elaine during her divorce with Hawking hasn't been revealed.

Prior to Elaine's divorce with Stephen in 2006, Elaine was accused to physically and emotionally torturing disabled Hawking in 2003. Elaine also didn't permit Stephen to met his children and former wife Jane at their house.

I married my nurse, Elaine Mason in 1995. Other nurses reported her physical abuse of me; we divorced in 2006. pic.twitter.com/ESV2nnROhH

Hawking's caretakers reported that ex-wife Elaine used to verbally abuse her former husband, leave him alone in the garden, slam his wrist on his wheelchair, let him slip beneath the water in the bath, gash his cheek with a razor, and refuse him to use urine bottle.

All of his caretakers described Elaine to be manipulative and a bully. A nurse even claimed that Stephen once typed “I CANNOT BE LEFT ALONE WITH HER. PLEASE DON'T GO. GET SOMEONE TO COVER THE SHIFT.”

Additionally, Hawking was admitted to the hospital several times for the treatment of unexplained bruises, broken bones and cuts. In 2003, when Stephen was admitted to Addenbrooke’s Hospital, Cambridge, concerned daughter Lucy filed a report of domestic violence against her stepmother.

Even though many nurses were willing to come front, Stephen denied the accusations of being abused and the allegations against Elaine were withdrawn.

Following the divorce,  Stephen moved into his old house to live with ex-wife Jane and children.

World-renowned physicist Stephen Hawking has died aged 76. His family confirmed he died peacefully at his home in Cambridge this morning. . His children, Lucy, Robert and Tim said in a statement: "We are deeply saddened that our beloved father passed away today. He was a great scientist and an extraordinary man whose work and legacy will live on for many years. His courage and persistence with his brilliance and humour inspired people across the world." . ?? Credit: Getty Images . #stephenhawking #ripstephenhawking #hawking

After the sudden demise of the world-renowned scientist, his children and first wife spoke of their grief and stated that he died peacefully. However, Hawking's second wife Elaine has not spoken a word regarding the tragic event to the media.