Frostsnow https://frostsnow.com/
Home Gossip Stand-Up Comedian Garry Shandling Is No More But Has Left Behind His Legacy: His Net Worth & Career

Stand-Up Comedian Garry Shandling Is No More But Has Left Behind His Legacy: His Net Worth & Career Late Garry Emmanuel Shandling, a.k.a. Garry Shandling, was one of the legendary comedian and actor in the Hollywood industry. Garry, who also served as a director, writer, and comedian, had an estimated net worth of $17 million.

Born on 29th November 1949, he passed away at the age of 66 on 24th March 2016. To date, he is recognized for his outstanding performances in The Tonight Show Starring Jhonny Carson.

Let's find out more about his net worth and career.

Garry Shandling net worth and earnings

Garry Shandling, who never got married or had any children, had an estimated net worth of $17 million prior to his death. His major source of income was his career in the entertainment industry.

Despite earning millions of dollars and receiving pay cheques which were also in more than six figures, he lived a very simple life. According to sources, from 1987 to 1994, he lived in an apartment with his fiancee, Linda Doucett. 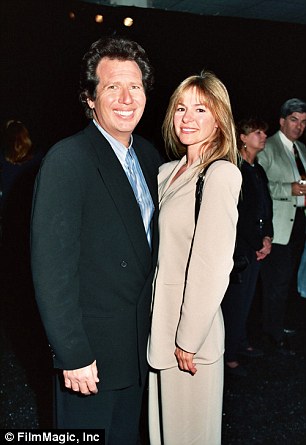 But later on, he did buy a house in Brentwood house which covers 6,100 sq ft and features 4 bedrooms and 8 baths. Right after his death, the mansion was put up on the market for a price tag of $13.5 million.

Moreover, he is also known to share very little when it comes to his personal life, which is very unusual for successful people in Hollywood.

Garry stepped his foot into the entertainment industry back in 1975 as a scriptwriter but soon deviated towards his passion, which was stand-up comedy.

He performed his first comedy back in 1978, at the Comedy Store. He worked as a stand-up comedian for a few years until he finally appeared as a guest on The Tonight Show Starring Johnny Carson in 1981. Later on, he even substituted the host on the show.

However, prior to these shows, he served as the host of It's Shandling Show in 1985, which was created by Shandling himself and Alan Zweibel. It is considered one of his most notable works as the show was nominated for four Emmy Awards, one of which was for Shandling.

He also won a Television Critics Association awards under the category of Outstanding Achievement in Comedy.

In 1992, he launched The Larry Sanders Show, which received 56 Emmy Awards nominations out of which, it won three.

Moreover, as an actor, he has worked in shows like Love Affairs, Trust the Man, Nike Nichols' What Planet Are You From?, Hurlyburly and many others alongside actors like Katharine Hepburn, Annette Bening, Sean Penn, Robin Wright, etc.

Moving on to his achievements, the actor has won 12 CableACE Awards, an Austin Film Festival Award, three Amerian Comedy Awards, and two British Comedy Awards throughout his career. 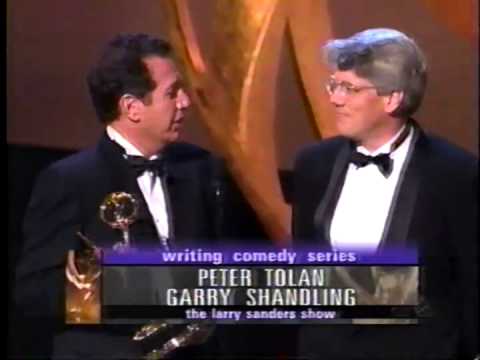 He is indeed a legendary individual in the entertainment industry, and he will forever be remembered for the outstanding works.