Sophie Kasaei's Rumored Dating a New Guy After Split With Splits With Joel Corry, True or Not?

Sophie Kasaei is an English TV actress known for her work in the  MTV UK reality television show Geordie Shore alongside Holly Hagan and Vicky Pattison. The 28-year-old actress after being replaced by Marnie Simpson is currently trying her luck in fashion designing. Kasaei is the owner of Off the Rails Boutiques and a partner of Motives Cosmetics.

Aside from her professional career, Sophie also gained huge attention following the rumors regarding her split with her boyfriend, Joel Corry. The couple who had been dating for 5 years was rumored to have split after Sophie stopped to appear with her love in the social media. 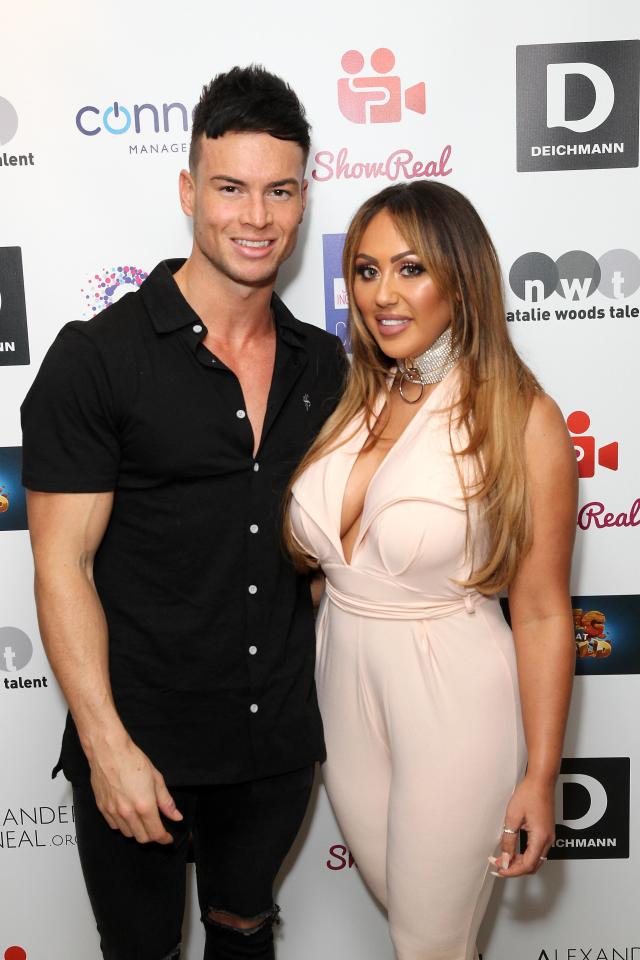 So, has the couple separated? Further, Sophie was also recently seen with a new guy sharing lovely moments together. Her intimacy with the new guy came out as strong support for the split rumor. So, let's know all about Sophie's new dating affairs, her relationships and past affairs.

Sophie Kasaei Dating her new boyfriend after splitting with Corry

Love offers not only happiness, but also welcomes Tragedy. Sophie, after her split with her boyfriend of 5 years went through a severe heartbreak. However, with time, things came back to normal. Currently, Sophie is dating her new boyfriend and seems to be happy with him.

Curious to know who he is? Well, Sophie's new love is none other than DJ Kokane. Yeah, Sophie got a better version of DJ boyfriend as her former love, Corry was also a DJ. Have a look at Sophie and her new beau.

Well, the detail on how the relationship between Sophie and Kokane began is not exposed yet, but the couple appeared together for the first time in January 2018.

Sophie has not spoken much about her relationship, but it seems they are quite happy together. Hope, Sophie soon addresses on her current relationship.

Sophie before revealing her photo with her new love was surrounded by the rumors of dating her Geordie Shore co-actor Nathan Henry. The rumors spiked after Sophie and Nathan shared a close photo together back in December 2017.

Day 7 double #EXTRA xmas countdown ?????????? what’s better than one party DIVA?... Two @SophieKasaei_ & myself ?will be sharing our party anthems on MTV Music at 11pm

However, neither of them accepted themselves as a couple. Instead, they said that they were good friends.

Now let's know about Sophie's relationship with her former boyfriend.

Everyone's aware of Sophie's relationship with Joel Corry. The former couple had been dating since 2011. However, after 5 years of datings, they called it quits. While in a relationship, the couple shared really lovely moments together.

The core to my Apple ?? - 6 years ago I met this production intern who worked at MTV and I never thought down the line we would be working together back at MTV doing all fun things .... @joelcorry ??????

The couple didn't officially talk about their separation. However, Sophie as per her statement hinted about her separation as,

Rumours are rumours... but I just want to concentrate on me now. I'm getting a lot older, I'm 28 now, I started Geordie Shore when I was 21. It's just complicated, it's complicated you know.

Sophie made the rumor even strong after she commented on her good pal Charlotte Crosby's break-up post who split from Stephen Bear in October 2017. In her comment, she wrote, "I can join in now on the journey." 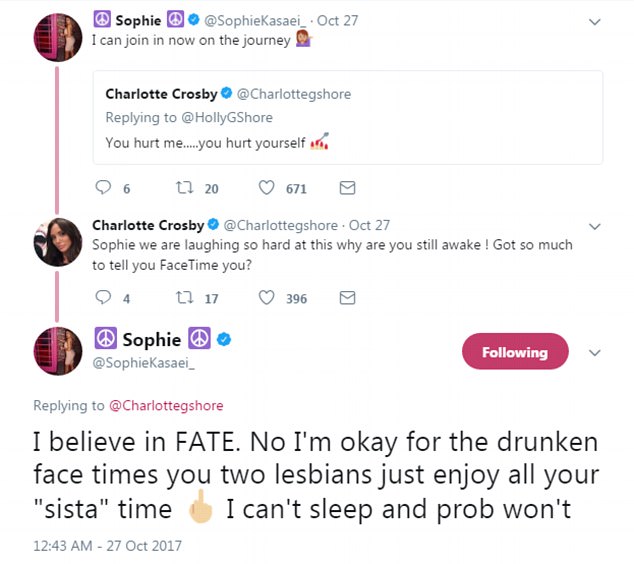 Sophie and Joel stopped appearing together in social media since October 2017, and later in 2018, she found her new love.

The reason for their split is undisclosed, but some sources claim the 'cheating allegations' to be the reason behind their separation. No substantial proof regarding the issue has surfaced on the internet.

Besides Joel, Sophie is not reported to have been in any kinds of relationships in the past. Further, no information about Joel's new girlfriend is out yet.

Back in April 2017, through her Snapchat story, Sophie revealed that she and Joel split after Jole said "No" when she popped out the issue of taking their relationship to next level. Sophie said:

I just want to go to the next step. Oh god, I can’t believe I did it. So last night, we’re sitting and I asked him if he wanted to marry us! Oh my god and it was so bad! And I can’t believe that he actually said no. Like I’m actually fuming so we are totally over.

We do have the video too. Have a look.

Oh, that was so real!

But who would have thought that the nightmare would come true? Unfortunately, the couple later at the end of the same year ended their relationship.

We wish you both bright future ahead.