Sophie Hunter and Benedict Cumberbatch have been recently seen on a romantic walk through New York. Despite a busy schedule, they have been able to spend some quality time alone.

Benedict Cumberbatch married to Sophie Hunter, who is an English avant-garde theatre and opera director, in 2014. They had a memorable year with the birth of their son and their Valentine's Day wedding. Benedict Cumberbatch is currently working on a Marvel’s supernatural action movie “Doctor Strange” due to which it has been difficult for the couple to spend some times together. But the couple seemed relax during the break as they decided to have some beautiful times with each other, replacing the professional life by some romance for a little time.

The couple was seen walking through the city after finishing off a battle scene of the movie that Benedict is working on. The couple looked to give a true definition of their love for each other as they appeared to head back to their home while the sun began to set on the city. They have not been able to spend much time with each other. 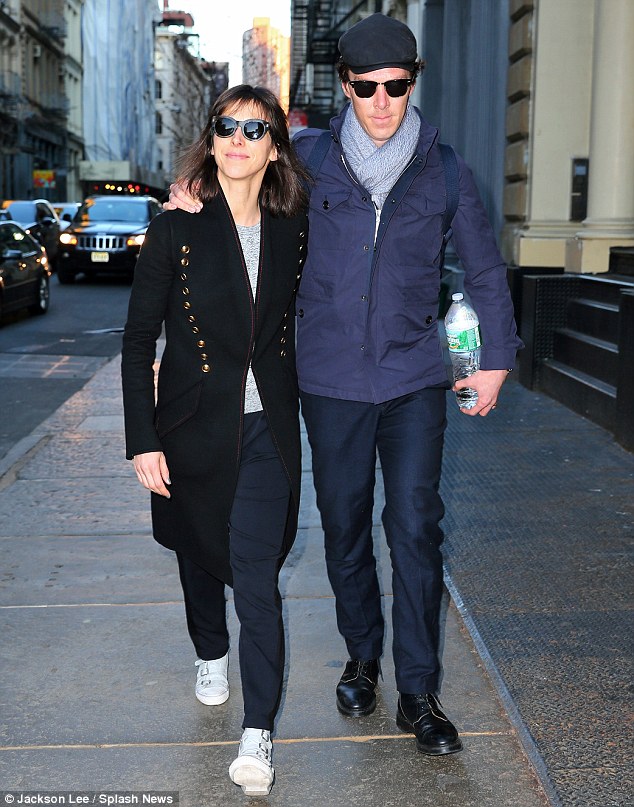 Clearly still as a newly married couple, Benedict made a point to keep his spouse near his side holding her hand before putting a delicate arm around her shoulders. Sophie could not demand some quality time with Benedict due to his busy profession. But it seemed Benedict has a good understanding for his love as he took his wife in the walk to have some romantic and unforgettable moment. Sophie, when she was pregnant, has got all love and affection from his husband needed at that time.

The couple was previously seen with their newly born baby. The couple has also gone in secret for the excursion, concealing Benedicts famous features under a baker boy hat and aviator sunglass. Rumor suggests that Benedict has involved in an extra affair with celebrities like Dakota Johnson and Charlotte Asprey while Sophie was in ten years relationship with her boyfriend Conrad Shawcross before engagement.